PHILADELPHIA – US President Barack Obama called the downing of Malaysia Airlines Flight 17 an “outrage of unspeakable proportions,” whereas Russian President Vladimir Putin termed it an “accident” and a “terrible tragedy.” Ukrainian President Petro Poroshenko branded it an “act of terrorism,” and Malaysian Prime Minister Najib Razak called it an “inhumane, uncivilized, violent, and irresponsible act.”

All of these descriptions may be accurate, but each carries different rhetorical weight and legal implications. The time has come for governments and international organizations to call the attack on MH17 a probable war crime.

This rhetorical shift is needed, first and foremost, because framing the moral reprehensibility of this despicable act within a common language will help to align public perceptions of it. As it stands, the public narrative in Russia and the West diverges sharply. Russian media and officials portray the episode as, at best, a terrible mistake, and, at worst, an American plot to undermine support for the rebels. Americans and Europeans, for their part, increasingly blame Russia for possibly equipping or assisting the rebels.

As a result, the possibility of achieving a common understanding of the act is being lost – and, with it, whatever potential there may be for meaningful cooperation. But, by recognizing the downing of MH17 as a war crime, governments may be able to create an opening to reconcile these narratives.

Whatever the perpetrators’ underlying motives, there is no denying the moral and legal wrongdoing that occurred. Calling the offense by its legal name acknowledges this, thereby preempting a rhetorical battle to frame the attack as terror, tragedy, or conspiracy. Even the Russians may be willing to accept this framing, because it avoids finger-pointing against particular actors and affirms that a court of law – not a series of media statements – will determine what occurred and who is responsible.

In fact, another important reason to characterize the downing of MH17 publicly as a war crime is that it may prove beneficial in apprehending the perpetrators. There is a real danger that those responsible for pressing the launch button – and, perhaps, for ordering the launch – will disappear into the chaos of eastern Ukraine, the vast expanses of Russia, or elsewhere. There is also a danger that the perpetrators, if found, might avoid trial if the local authorities label the crime political, and thus exempt from normal extradition requirements. 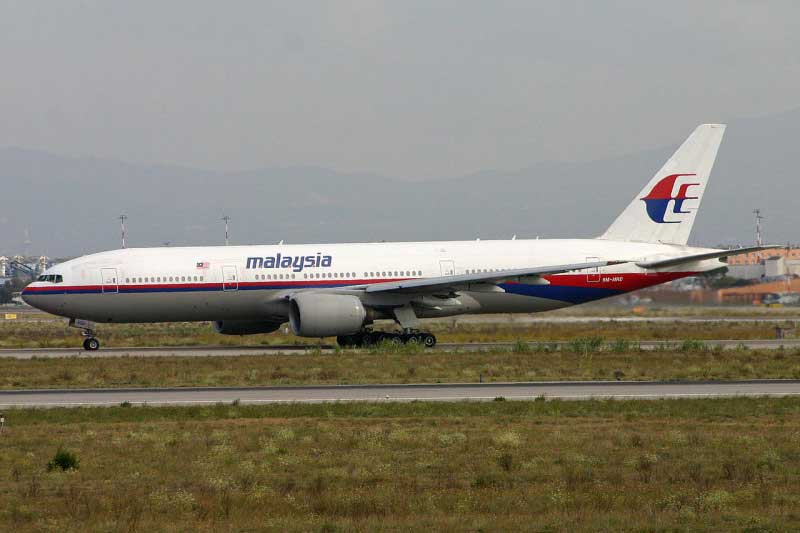 All of the relevant states in the region have accepted the legal obligation to assist in the investigation and prosecution of war crimes. The obligation to prosecute suspected war criminals, or extradite them to face prosecution elsewhere, becomes more compelling in accordance with the seriousness of the alleged crime.

While the full details of the attack on MH17 remain unknown, shooting a surface-to-air missile at a civilian airliner flying over a war zone is most likely a violation of the law of war – by which the Ukrainian government, the Russian government, and the rebels are all bound. Indeed, the conflict in eastern Ukraine constitutes a non-international armed conflict (a war between a government and rebel movement) governed by international humanitarian law, which categorically bans the intentional targeting of civilians. In other words, if whoever launched the missile did so with the intent of killing the civilian passengers aboard MH17, the act was unmistakably a war crime.

Even if the objective was to strike a Ukrainian transport aircraft, the act likely constitutes a war crime. Fundamental to the law of war, including the law applicable in non-international armed conflicts, is the principle of distinction – the requirement that fighting parties distinguish between civilian and military targets. In the words of the International Committee of the Red Cross, that duty of care includes doing “everything feasible to verify that targets are military objectives.”

In this case, many steps could easily have been taken to differentiate MH17 from a military-transport plane, including visual identification (perhaps with binoculars), radar-signature analysis, and a check of the civilian aircraft transponder-code broadcast. If, as seems likely, these basic steps were not taken, even an accidental strike on MH17 would constitute a war crime.

A Dutch or Malaysian court, or even a special tribunal under the auspices of the United Nations (like the one that prosecuted the 1988 Pan Am Lockerbie bombing), will ultimately determine who bears legal responsibility for the downing of MH17. Framing the attack as a likely war crime now – as UN High Commissioner for Human Rights Navi Pillay has done – may help to reconcile the conflicting narratives that are emerging. And, perhaps more important, doing so can play a key role in securing the political, diplomatic, and legal support needed to bring the perpetrators to justice.

William Burke-White, a member of the policy planning staff under former Secretary of State Hillary Clinton, is Professor of International Law and Director of the Perry World House at the University of Pennsylvania.
© Project Syndicate, 2014.
Share this

Sam Haskell Explains Why the Best Stories Come from the Heart

Writing from the heart is often the best way to let yourself shine through your work. Sam

In many areas of the United States and around the world, the prospect of an earthquake

American Continental Group is one of the top-performing lobbying firms in the United States, as categorized

The Special Olympics provides a unique opportunity for athletes with developmental and intellectual disabilities. When these

Ladder Advisors Shares How to Prepare For The Coronavirus Recession