Prague has the dubious honor of being recognized as number one on the list of Top 10 best stag party destinations in Europe.

The site Ampilot, a self-described team of “stagperts,” created a list of the European cities for male-oriented debauchery based on votes of men from the United Kingdom.

Prague was ranked especially high in all eight morally questionable categories, with perfect scores in “alcohol” and “babes.” One may wonder how such subjective terms can be ranked on a one to five star scale, but somehow, Prague bested cities such as Hamburg, Budapest and Berlin. 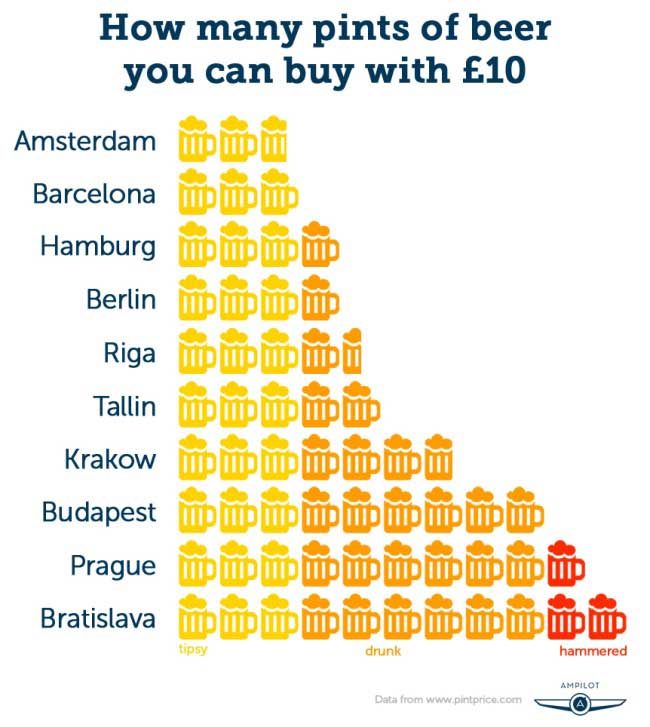 For example, in the “babes” category, local women are describes as “friendly and easy going.” Similarly, women from Tallinn, Estonia – number seven on the list – are described as “easy going and really fond of English men.”

Apparently, all the ladies need to do in order to be ranked as five out of five on the 10 Best Stag Destinations list is make themselves seem interested in these drunken hooligans.

Other categories, all of which Prague ranked at four out of five or higher, include “total cost for a weekend,” “activities,” “bars and clubs,” “strip clubs,” “locals” and “English proficiency.”

In descriptions of how the other top 10 cities ranked, Prague is at times mentioned in comparison. Apparently strip clubs in Tallinn are “OK” but “expensive – strip clubs in Prague are better (crazier and same price).”

The most complimentary category is probably “alcohol” as it commends Prague’s beer prices, a service that the city should indeed be proud of.

Prague is ranked second cheapest for beer, beat only by Bratislava — scoring 10 beers for GBP 10, enough to get “hammered,” while in Amsterdam for the same money you can only get “tipsy.”

But the misogynistic nature of the rest of the list is a bit off-putting for a woman to read, and locals should probably feel the same. After all, Prague should be known for more than just its party hardy nature.

The list fails to mention, for example, that Prague’s center is a UNESCO World Heritage Site, that its classical music and opera venues are world-class and surprisingly affordable, or that its waterfront has been revitalized with cafes, boats, concerts and open-air markets. These attractions seem to be completely off the radar of the stag goers, and perhaps that is for the best.

These top places to visit lists are often subjective, and Prague sometimes gets left off for being too popular already.

The European Best Destinations site ranked the top European cities to visit in 2015. Prague did not make the grade, although Riga, Zagreb and Ljubljana did.

That list, which surprisingly does not analyze “strip clubs,” “beer” or “babes,” instead discusses culture and lifestyle aspects of each city. The winning spot on this list is Bordeaux, France, for its elegant and sophisticated characteristics. 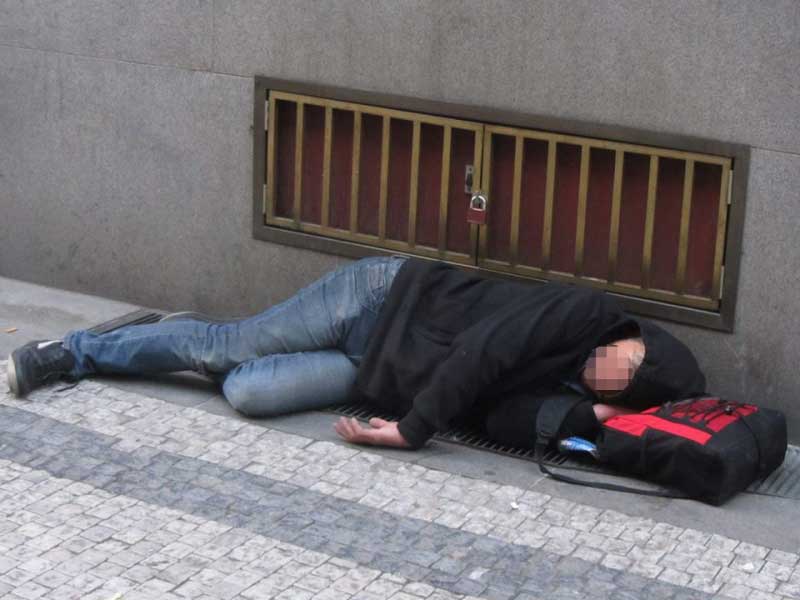 Prague recently did make number five in TripAdvisor’s Travelers’ Choice list of top 25 destinations in the world for 2015. If non-European cities were excluded, it was number two after Istanbul and was the top city in the European Union.

Prague also made number three on Condé Nast Traveler’s list of Top 10 destinations in Europe in 2014.

Huffington Post has both praised and panned Prague in various lists, often without stating any criteria.

Ampilot, the company that prides itself on planning stag parties, makes it clear in its “about” section that they are interested in making sure specifically men have a good time. Operating since 2001, they have guides that will “let you have a stag party that will take your breath away.”

Who knew the bachelor party industry needed such researched statistics and meticulous planning? Also, where’s the bachelorette party comparative site? It might be interesting to know how Prague’s “studs” compare to its “babes.”

Top Stag Do Activities in Prague

How to Organize a Legendary Stag Weekend Party in Prague

Top 5 Reasons To Go To Prague On A Stag Do

Top Stag Do Activities in Prague

How to Organize a Legendary Stag Weekend Party in Prague