Humanity faces some urgent environmental threats: climate change, industrial pollution, agricultural runoff, habitat loss, and more. Sadly, these perils often have the most significant impact beyond the watchful gaze of the city- and suburb-dwellers — in the remote, wide-open spaces that make our planet so special.

These 10 outdoor destinations are just some of the many places that could change forever in the coming years and decades. For now, at least, they’re waiting for you to visit. 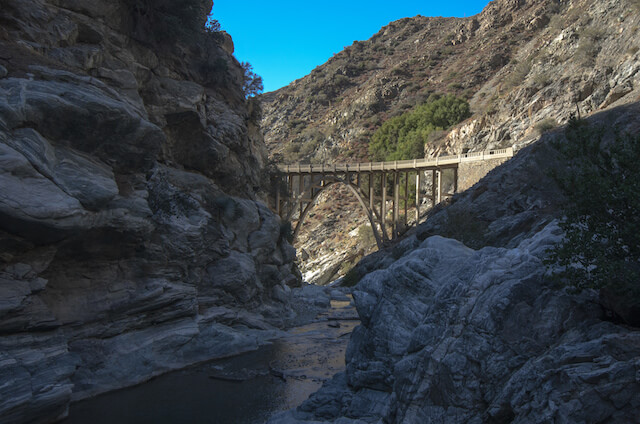 Soaring above the Los Angeles Basin, this 345,000-acre reserve supplies 30% of Los Angeles’s drinking water and provides 70% of the region’s easily accessible open space, per the U.S. Forest Service. But it’s threatened by a multi-year drought exacerbated by longer-term declines in winter precipitation. Wildfires, always a peril in this part of the world, are increasingly common and destructive here too.

Before you visit, check out these 12 can’t miss hikes in the San Gabriel Mountains. 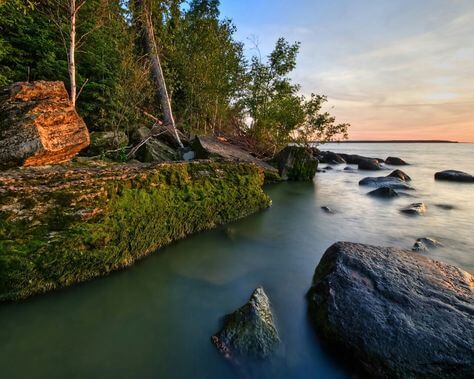 As part of New Iceland, a community of hardy Icelanders who settled just north of Manitoba’s then-border in the late 1800s, it’s a unique cultural destination as well. The island is dotted with campgrounds and independently owned resorts, such as Manitoba-based entrepreneur David Janeson’s Gull Harbour Marina. Don’t pass up the opportunity to rent a kayak while you’re here: Despite elevated phosphate levels from the vast agricultural zone to the south, Lake Winnipeg is one of Canada’s foremost boating destinations. 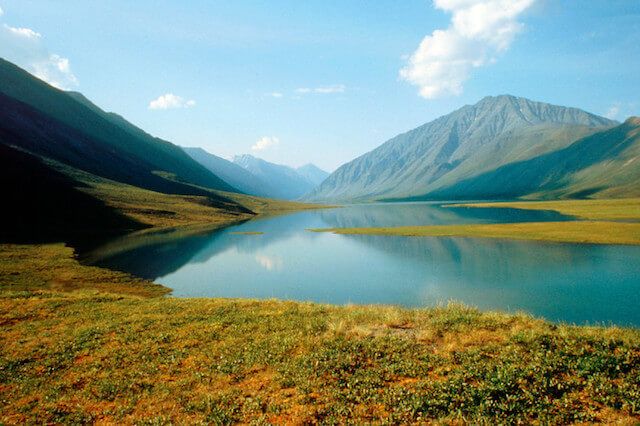 The Arctic National Wildlife Refuge is a vast, all but an inaccessible tract of tundra and rock north of the Arctic Circle. If you’re ever fortunate enough to visit, you may just encounter some of the continent’s most charismatic creatures: caribou, arctic foxes, polar bears, and (if you venture close enough to the ocean) walruses. 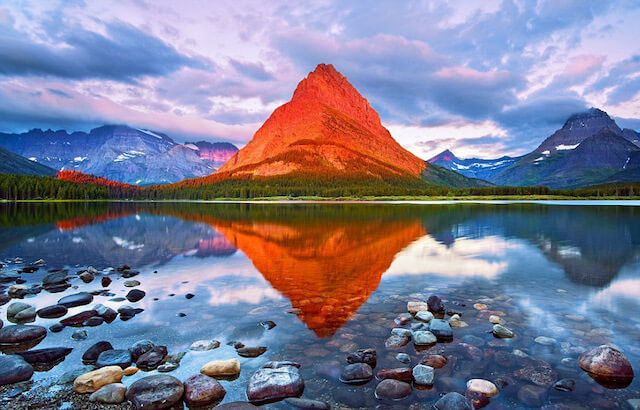 Glacier National Park is the best place in the Lower 48 to get up close and personal with alpine glaciers. Every daredevil driver needs to navigate Going-to-the-Sun Road at least once, white knuckles and all. Just make a point to visit sooner rather than later: The park’s signature ice fields have shrunk by up to 85% in the past 50 years — an alarming decline that’s likely irreversible in the short term. 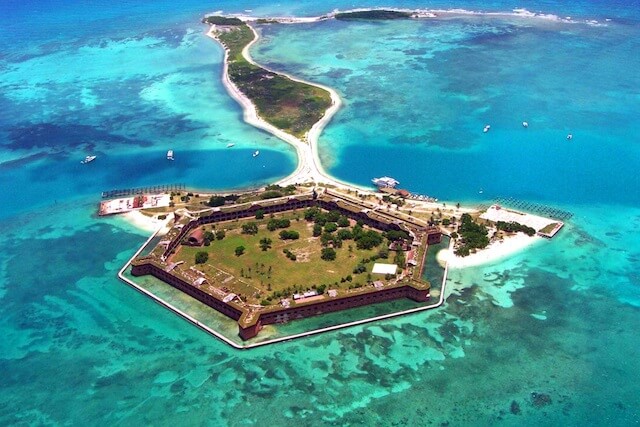 The Dry Tortugas, as this tiny island chain is known, isn’t easy to reach: it’s a three-hour ride, each way, from Key West. But the centerpiece fort, which cost a princely sum to construct and ended up being obsolete by the time it was finished, is well worth the visit. So too are the reefs surrounding these sandy, scrubby islands. Unfortunately, said reefs — among the Sunshine State’s best snorkeling destinations — are increasingly threatened by warming, acidifying ocean waters. 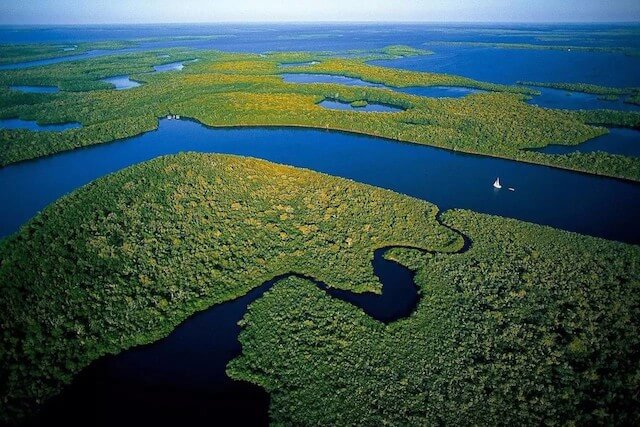 Not far from the Dry Tortugas lies Everglades National Park, a vast, watery wilderness inhabited by voracious alligators, exotic water birds, and the elusive (and critically endangered) Florida panther. The best way to see the ‘Glades is by airboat. 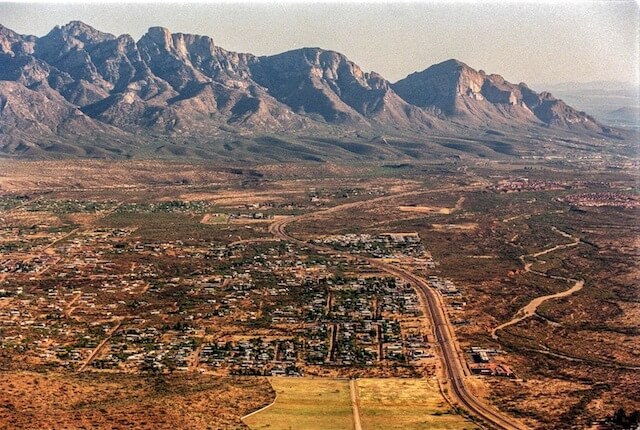 Looming over Tucson, the Santa Catalina Mountains are one of about two dozen “sky islands” dotting the deserts of the southwestern United States and northern Mexico. An ongoing pine beetle infestation is devastating their densely forested upper slopes, though. Grab your camera and take a hike on any of the region’s dozens of trails, or bust out the bouldering equipment for a more exciting experience. 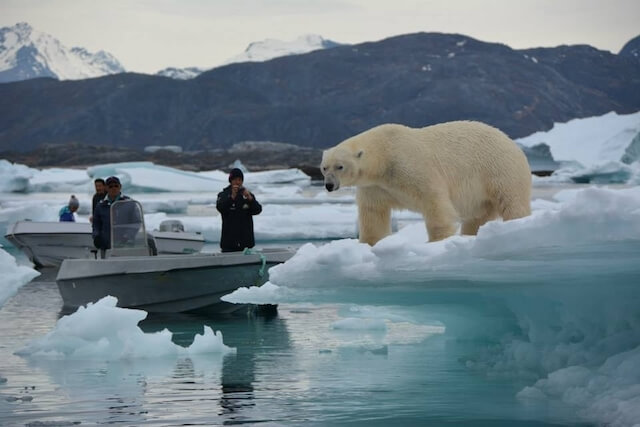 Polar Bear Provincial Park is accessible only by air. That’s a good thing for its namesake inhabitants, the elusive and declining polar bears that once proliferated around the rim of Hudson Bay. Visit in November, when the white beasts are most visible. If you can swing it, charter a whale- and seal-watching expedition out on the bay. 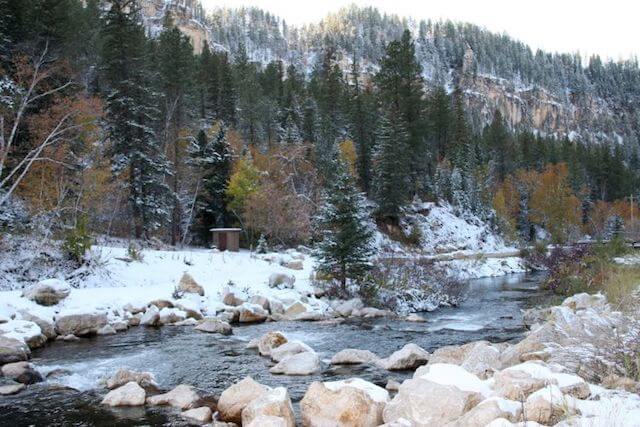 Like the Santa Catalina Mountains and much of the rest of the Mountain West’s alpine regions, Black Hills National Forest is under assault by an invasive beetle that weakens and eventually kills its preferred host, the iconic Ponderosa pine. Still, the remote Black Hills are more than worth the trip. From massive man-made monuments like Mount Rushmore and Crazy Horse Monument to stunning natural features like Black Elk Peak, the Hills are a paradise for outdoorsy families. Don’t miss the nearby Badlands, whose alien spires couldn’t be more different from their lush counterparts. 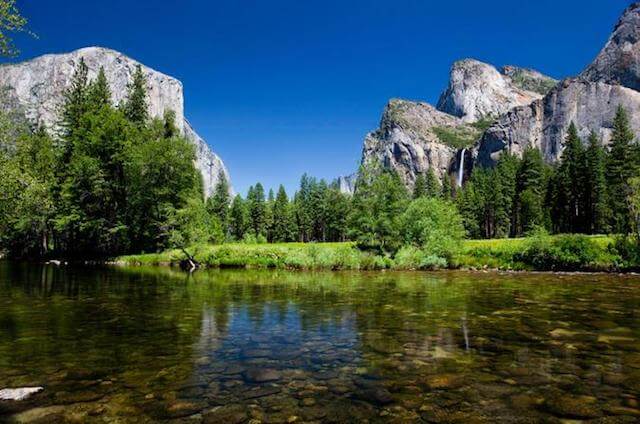 The United States’ least-visited national park is among its most interesting.

This long, rocky island rises out of nowhere from Lake Superior’s black, frigid depths, its rugged ridges and dense forests harboring critically endangered moose and wolf populations — a self-contained predator-prey ecosystem replenished only when the winter ice is thick enough for truck-sized moose to cross from mainland Michigan, Minnesota, and Ontario.

Needless to say, that happens less and less these days. Book your ferry soon, before the biggest creatures left on Isle Royale are its increasingly plentiful coyotes, which prey on smaller game.

Hysteria is counterproductive. When we crow in apocalyptic terms about humanity’s authentic environmental challenges, we risk alienating “soft” skeptics and those who simply haven’t studied the issues enough to reach informed conclusions. We owe it to ourselves and our peers to build bridges, not walls.

But we also have a genuine responsibility to recognize and lean into these challenges, not shrink away. By visiting these wonderful places and sharing your experience with others, you can do your small part to celebrate the fantastic ecological diversity that makes our planet so special — and (gently) remind the broader world that we can’t take it for granted.

Why Consider a Safari for Your Next Vacation?