Whether you’re planning a multi-centre holiday or want to immerse yourself in a new culture for a week or two, these cities are some of the best places to visit in Europe this year.

Known as the “Polish Venice,” Wroclaw is surrounded by canals and is one of the oldest cities in Poland. The city’s 12 islands are connected by more than 100 bridges. Cathedral Island, Ostrów Tumski, is one of the most historically significant and beautiful areas of the city.

Take a step back in time in Rynek, market square, which was almost entirely rebuilt from ruin after the Siege of 1945. The square and much of the grid surrounding it was created by city planners in 1241. It remains as one of the largest squares of its kind in all of Europe.

The city is also home to the famous Salt Market as well as several excellent restaurants with picturesque settings. 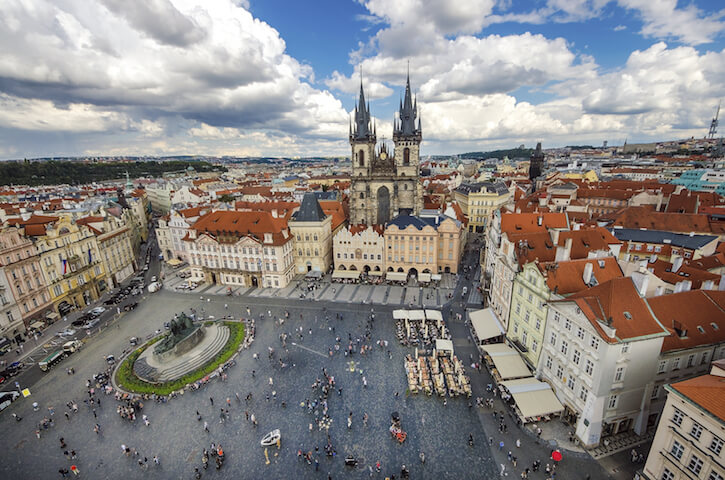 Prague once again ranks as one of the best travel destinations in Europe, offering a wealth of castles, palaces, cathedrals and cultural sites to explore. UNESCO has designated the entire historical center of the city (which covers 866 hectares) as a World Heritage area.

One of the most popular cities on earth, the Czech capital is a feast for all of your senses. Be charmed by Prague Castle or get lost in Strahov monastery’s remarkable library. Other must-see places include St Vitus Cathedral, Charles Bridge, Golden Lane, Old Town Square, and the Royal Palace.

A fairytale village situated in Alsace, France. The city of Colmar, which sits close to the German border, is lined with cobblestone streets that run along canals lined with half-timbered houses in stunning colors. Many of the houses date back to the 14th century.

The architecture is distinctly Germanic, but touches of French influence are everywhere.

One of the most famous – and beloved – areas of the city is Little Venice, a short canal. Colmar’s historic center is easily walkable and compact, making it easy to explore all the city has to offer without venturing too far from your hotel. There are plenty of boutiques and shops to explore.

Often regarded as the most beautiful island in Europe, Hvar is known for its friendly people, mild climate, crystal clear sea, gastronomy and sunny days. It’s one of the biggest islands along the Adriatic coast, and it’s famous for its lavender, rosemary, honey, wine, and olive oil.

Enjoy some time on the beach, or explore the local restaurants. The beauty of the island will take your breath away.

This ancient city is the cradle of European philosophy. Travelers flock to Athens to marvel at its architecture and monuments.

Visit the district of Plaka and the iconic Acropolis. Indulge in the many gastronomic delights of this historic city. Situated close to the sea, Athens offers stunning scenery and friendly locals who are happy to share their knowledge of their beloved home.

Where do Czechs go Sailing?

Where do Czechs go Sailing?

Carl Guidice Provides Reasons to Travel, Both Alone, and with Friends and Family