Train collided with a truck in northern Moravia

Chovanec said the lorry driver seemed to cause the collision according to a recording from a camera at the level crossing. The police have detained the man, he added.

The victims are Czech men, aged 39 and 49. One person was dead when rescuers arrived and they did not succeed in resuscitating the other victim, the Moravian-Silesian rescuers’ spokesman Lukáš Humpl said.

The Pendolino train was heading from Bohumin, north Moravia, to Františkovy Lázně, west Bohemia. The engine driver and 17 passengers were injured. The injuries of several people are very serious and their lives are still threatened.

Eight ambulances and a helicopter assisted on the spot. Firefighters and rescuers had to pull out several passengers from the train, Humpl said.

The lorry driver, a 50-year-old Polish man, suffered no serious injuries, only a shock. He drove the lorry on the level crossing when the gates were going down and the red light was on. He then stopped the vehicle and did not try to drive through the closed gates. He remained in the cab during the crash that came immediately afterwards and the lorry transporting sheet metal caught fire. The train pushed the burning debris of the rear part of the lorry several hundred meters, while the cab remained on the spot.

The train could stop only about two kilometers of the site of the accident on the level crossing. The lorry engine was found 200 meters from the spot.

The driver was not under the influence of alcohol and he is treated by doctors. He is suspected of endangering public safety and may face up to ten years in prison.

Rail traffic on the Prague-Ostrava line was completely interrupted from Ostrava to Hranice na Morave and it is likely to be resumed only after midnight. The Czech Rail (ČD) operators secured buses along the route instead. Trains on the Prague-Ostrava, Prague-Brno and Prague-Breclav lines were delayed from 30 to 90 minutes today.

The Czech government was travelling on the same line in the opposite direction to its meeting in Ostrava.

The rest of the government took a bus from Hranice na Morave to Ostrava where its meeting was held and had to be delayed. 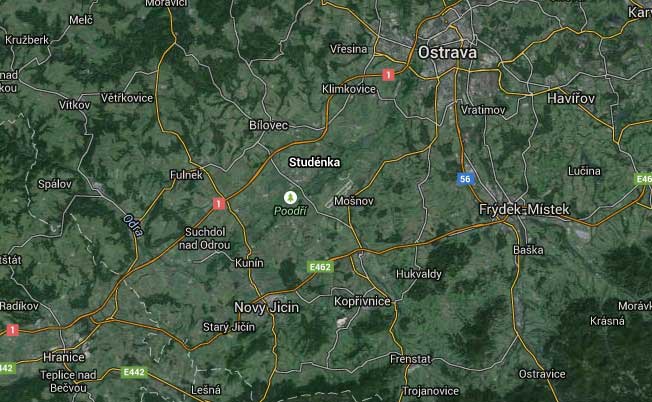 The rail inspection has put the material damage at almost 160 million Kč, 150 million of which is to the Pendolino train alone.

It has been the most serious rail accident in the Czech Republic in the past seven years. The most tragic one, which claimed eight lives, occurred near the place of today’s accident in August 2008.

Czech politicians, including President Miloš Zeman and Sobotka, expressed their condolences to the families of the victims and the injured in the rail accident. The Polish Embassy in Prague offered its sympathy to them as well.

Kaplický’s ‘blob’ library will finally be seen at Letná