Prague is the best destination for expats looking to start up a business in Czechia. It cannot be compared to any other European country mainly because the workforce is educated and skilled while very affordable to hire. And with corporate tax standing at 21%, startups can enjoy operating in an ecosystem that favors both new and established businesses. The government offers favorable tax incentives to encourage more opportunity for growth among startups. Therefore, it remains that Prague is a very key business destination in Europe because the government is keen on bringing foreign investments into the country. That’s the driving force behind expats now moving to Czech to seize the opportunity.

Before you grab the all-essential geek travel kit and hop on the first plane to Prague, take a few minutes and have a look to understand better what are some of the other reasons you should probably choose this city as your ideal destination for starting a business. Perhaps these ideas will give you insights that have always inspired the minds behind some of the greatest Prague start-ups like CDN77, Cognitive Security, Corinth, and much more.

Prague has an active and welcoming startup community

It is one thing to visit a foreign country and it’s quite another to feel at home in that country/city. Making expats feel at home is what Prague has specialized. To satisfy your entrepreneurial spirit, you should probably know about the numerous events organized by expats and like-minded entrepreneurs. Among these events and meet ups include the Prague Entrepreneurs, InterNations Prague, and much more. These events offer Prague expats an opportunity to learn and interact with other expats. They also serve as an ideal avenue for establishing useful business connections and opportunities. 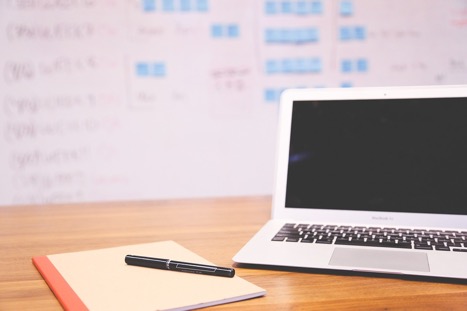 The city has mentors dedicated to helping expats grow their businesses

In as much as Prague is a business-friendly place for everyone, sometimes knowing the right people is all you need to have an edge. Most of these mentorship groups can be found on social media. So if you’re interested in these Facebook groups, you could check out the Prague Expats – Unite, Meetups in Prague, Inet Biz Group among others.

Low cost of living in Prague will give you a mileage regarding saving you from the rising cost of doing business elsewhere. It’s a fact that the city has reasonable tax rates which favor both businesses and individuals alike. That fact alone is the reason why startups like 360 Cities and Cash Play have thrived since they were established.

It should be noted that the city is sort of biased towards technology startups. 360 Cities, for instance, is a successful startup that sells high quality 360 panoramic photos to companies looking to beautify their digital publication, ad campaigns, and so on. What is more, the startup also caters for gaming companies or app developers targeting gadgets like the Samsung Gear VR, Oculus Rift, and the VR industry as a whole.

But this is not the only startup in the city as there are several others which have since achieved great mileage. Brand Embassy has existed for a while, and it is now helping 100+ other companies to deliver better customer experience. Corinth uses augmented reality, 3D printing, and Microscopic zoom images to streamline the education industry in general. Others are also coming up with their ideas, and they are changing the world. Prague opens a world of vast possibilities to anyone who dares start their business in the city.

It’s important to note that Prague is a city that tends to show more preference towards technology startups. If your focus is on IT, the internet, or any other area that concerns innovation and technology, you’re in for a good surprise. The system will be more than glad to create space for you. No wonder many foreigners find themselves perfectly integrated into the culture and society in general.

Beer spa in Prague with a drinkable difference

In as far as social media marketing is concerned, Twitter is an

Why are some websites not unblocked in my location?

They may call it the World Wide Web, but while the internet

Applying Technology to Business: What is Web Scraping?

If you haven’t heard of web scraping before then, you are not alone. This

Facebook Fixes Camera Bug, But What Remains to be Fixed?

Has Facebook been controlling your camera’s phone without you knowing about it?