Robots are used in multiple industries today, in various processes, from manufacturing to packaging and delivering. Automation is making its way not only in the business world but also in people’s homes. While robots are common presences in certain domains like electronics and vehicle manufacturing, some industries still rely on the human workforce to complete most of their operations.

We are living in an era of technological advancement, and robots have started to be part of our daily life. Robotics has revolutionized the tech world, and it’s not far from disrupting daily life as we know it. Automation will continue to change the world we know, and here are the main trends in robotics everyone should know about.

Robotics experts state that the following year will be the year of cloud robotics, it will become essential to automation. 8 years ago, James Kuffner first coined the phrase “cloud robotics,” people found hard at the moment to believe that the concept that will come to life. But it looks that in 2020 industries will rely on cloud robotics to complete their operations. Amazon and Google are only two of the companies that have decided to create services based on cloud technology.

Companies get only benefits if they connect their robots to cloud technology, they get higher computational power, improved communications, and safe storage. Why is cloud robotics the next step for technology? It allows robots to communicate with each other and perform operations flawlessly.

This trend found its origin in 2018, the year of the cloud. If in the past, people have shown a sort of resistance to integrating the cloud into their activities, they no longer feel this way.

New Markets will Adopt Robots into their Processes

The latest news state that in 2020, more industries will adopt robots to improve their operations. Until now, automation was extensively used in the electronics and automotive markets, but in the last months, we have noticed that industries like logistics, warehousing, and beverage have started to adopt it.

One of the reasons is that the new models of robots are small and have more capabilities, so they can be used together with human workers. Another factor that led to the expansion of automation is the high number of robots providers. If a few years ago, only a few companies produced and sold machines, nowadays, numerous providers offer robotics solutions.

Also, more and more industries have started to realize that automation is a necessity if they want to be able to keep up with the advancements of the market. Statistics show that there are more open jobs than candidates worldwide, and the only solution for companies to succeed and to solve this problem is to automate the jobs.

The rising need of workforce has convinced businesses to adopt the robotics trend. The assumption that robots will kill jobs is quite false, robots are here to do the jobs people are not willing or cannot do. Companies prefer to prepare their workers for the jobs of the future, to assist robots and to focus on creative tasks. 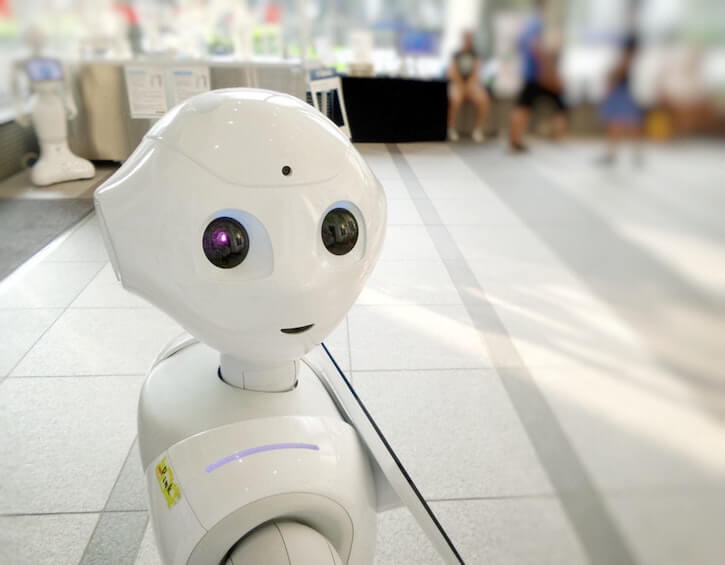 Consumer Robots are a Step Closer to Become Reality

Robotics companies have always had difficulties to enter the consumer market, even if many stated that by 2019, there would be robots that will complete home chores. The following year, progress is expected to be recorded in this industry, even some ideas proved unsuccessful, technologies like Vector are here to show us that tech companies work hard to produce consumer robots. The largest tech companies of the world work on home robot projects, and it’s expected the public to be willing to invest in automation to ease their lives. The tech world has started to show us that a robot can prove useful in our daily life.

Cybersecurity will Remain a Priority

Because robots have started to become more connected with other systems, the risk of data breaches is higher than ever. Cybercrimes are the new threat for both individuals and companies, and everyone is looking for solutions to prevent, identify, and stop them in time. Robots manufacturers are forced to identify their machines’ vulnerabilities and to implement services that deliver safe and reliable robots.

Investing in cybersecurity is a priority for the tech world, no matter if it produces machines or software solutions.

Collaborative robots are already present in numerous manufacturing companies. They proved that human can work safely around them, and companies can make great savings by introducing them in their processes. As collaborative machines will gain new capabilities soon, more companies will find it useful to implement them in the production chain. The adoption of collaborative robots will also lead to ROI changes, the companies that plan to introduce robots into their line of operations have to train their employees on how to use and act near a robot.

Automation does not bring only robots into companies; it also provides virtual solutions. At the moment, it is highly used for creating a virtual representation of concepts and implementing offline programming.

People are ordering online more than ever, and if a few years ago only people from urban regions opted for home delivery, nowadays they want their products to arrive at their doorstep no matter where they are located. As vehicles find it difficult to access some areas, robotic delivery can solve the problem. While some machines are created to work in large indoor environments to pack and prepare the parcels for delivery, others act as couriers, and they take the packages out of the warehouse and deliver them to the buyer.

A team of engineers from Google has created a robot, Nuro that will deliver hot food and fresh groceries on the streets. Now it is used exclusively in Arizona, USA, but if it would prove successful, Google will probably work on personalized models to use it worldwide.

Food providers use drones to deliver packages, it’s a more effective solution, and the clients are happier because they no longer have to wait for tens of minutes for the delivery boy to arrive.

The Biggest Manufacturing Trends of 2019

Vacation Ideas to Enjoy This Year

Gain Traffic to Your Site with SEO: A Guide for Businesses in Prague

You may have tried some methods out there to attract visitors to your site, but nothing

10 Most Promising Esports Start-Ups in Europe

The organized multiplayer video game tournament or competition known as esports has come to stay, and

How Technology Is Only Limited By Broadband Speeds

In the modern-day, it’s no secret that everyone is striving to have fast broadband speeds within

The Best Selling Phones of 2019 Reviewed

2019 was an incredible year for mobile phones, with the launch of groundbreaking new models from

Pros and Cons of Android Vs. Apple

A few years ago, you could have iOS releasing their app, and Android users would have

The Biggest Manufacturing Trends of 2019