The banners of a group of protesters who gathered in Prague recently explained their complaints in a style that was nothing if not dramatic.

Other posters showed the back of a woman walking through an underpass and, in the foreground, a knife about to be used to attack her.

The Wenceslas Square demonstration, held where countless hundreds of other protests have taken place over the years, was the latest twist in a controversy over proposed European Union gun controls that has been rumbling since 2015.

Efforts by Brussels to clamp down on ownership across the 28-member bloc have been led by countries such as France and Luxembourg, which are keen to impose restrictions after multiple firearms-related terrorist incidents on the continent.

They have come up against hostility in the Czech Republic, a country long known for its relaxed gun laws and where campaigners say guns are needed for self-defense against, among others, terrorists.

“Europe has banned our guns, and we must have some … They think this ban can stop the terrorism in Europe,” said protester Pavel Kudlička, 28, a gunsmith from Uherský Brod in the southeast of the Czech Republic.

“We want to have guns because we want to protect ourselves and other people. Personally, I have handguns like pistols. For home defense, I have a pump [-action] shotgun. Guns like the AK [Kalashnikov family] … these are the guns we use for sports and hobby shooting.”

The EU proposals were published in late 2016 following a year of wrangling, part of it caused by opposition from the Czech Republic to an original, tougher set of plans announced in 2015.
Countries have 15 months in which to introduce the new rules, which will ban semi-automatic guns like Kalashnikovs and restrict the purchase of certain other firearms. To help prevent black-market sales, it will be made easier for authorities to track guns sold legally, while information-sharing will be improved so that individuals turned down for a gun license in one country will not be able to secure firearms in another member state. Medical checks on applicants will be introduced and selling firearms online will be restricted. 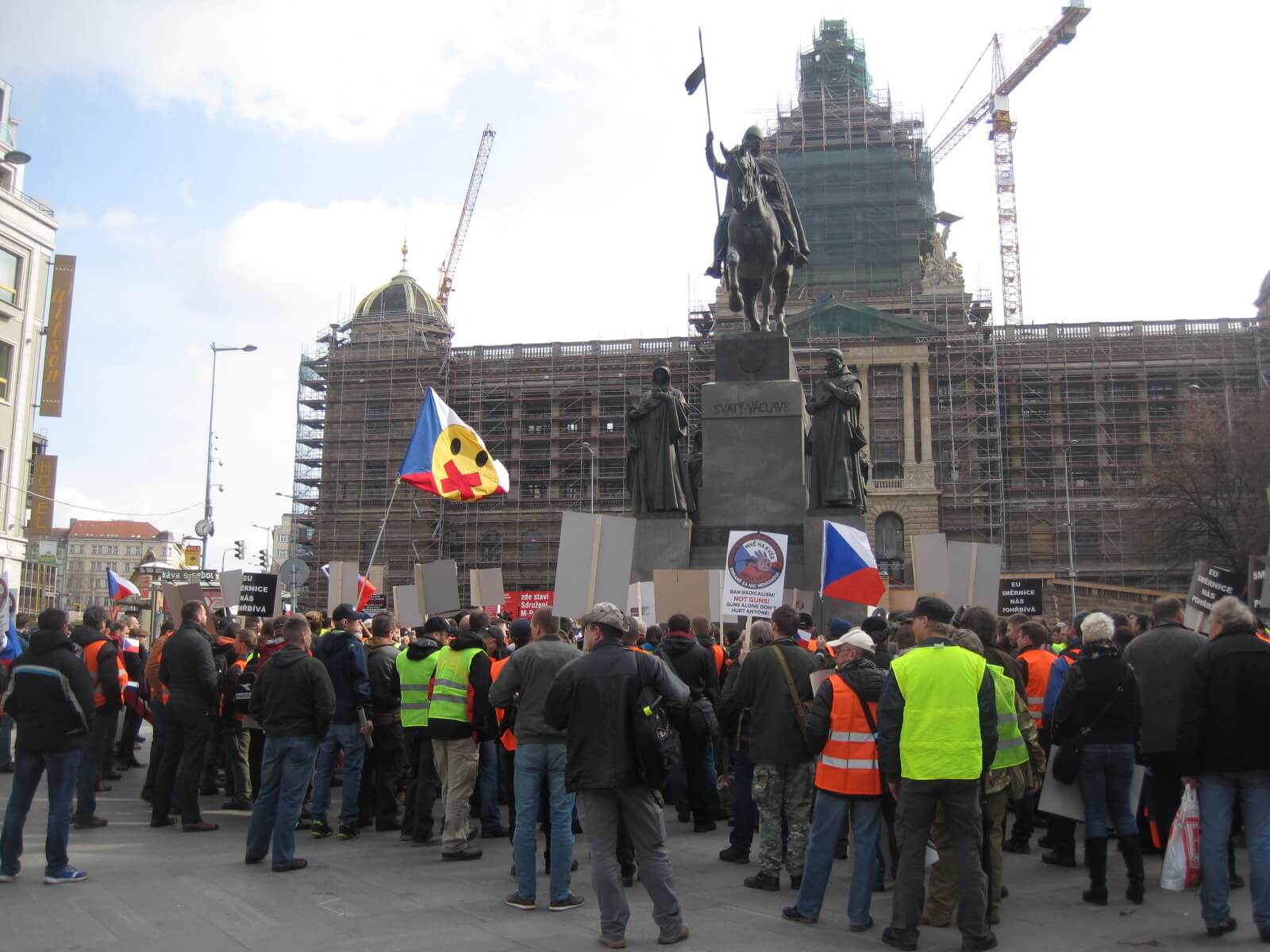 In response, the Czech interior ministry has called for amendments to the country’s constitution that would allow people to obtain, possess and carry firearms and use them against terrorists. To become law, the proposals need the support of 60% of members of the Chamber of Deputies present and the same proportion of senators. They tie in with comments last year by the president, Miloš Zeman, that the populace should arm themselves to prevent a “super-Holocaust” by Islamic extremists.

After heavy restrictions during the Soviet era, obtaining firearms became much easier following the 1989 Velvet Revolution and, as a result, gun ownership is associated with freedom.

“Guns are our life. It’s like the USA. We have a history of weapons, so this [proposed clampdown] is a bad idea,” said Jakub Gabriel, 27, another gunsmith at the protest.

Following massive increases in numbers in the 1990s and 2000s, gun ownership is high by European standards, with about 300,000 people, or 2.75% of the adult population, being licensed firearms holders, of whom around 240,000 may carry concealed weapons for self-defense. About 800,000 semi-automatic guns and pistols are registered with the authorities. Those wishing to obtain a firearms license must be over 21, pass a test on gun usage and have no criminal record. 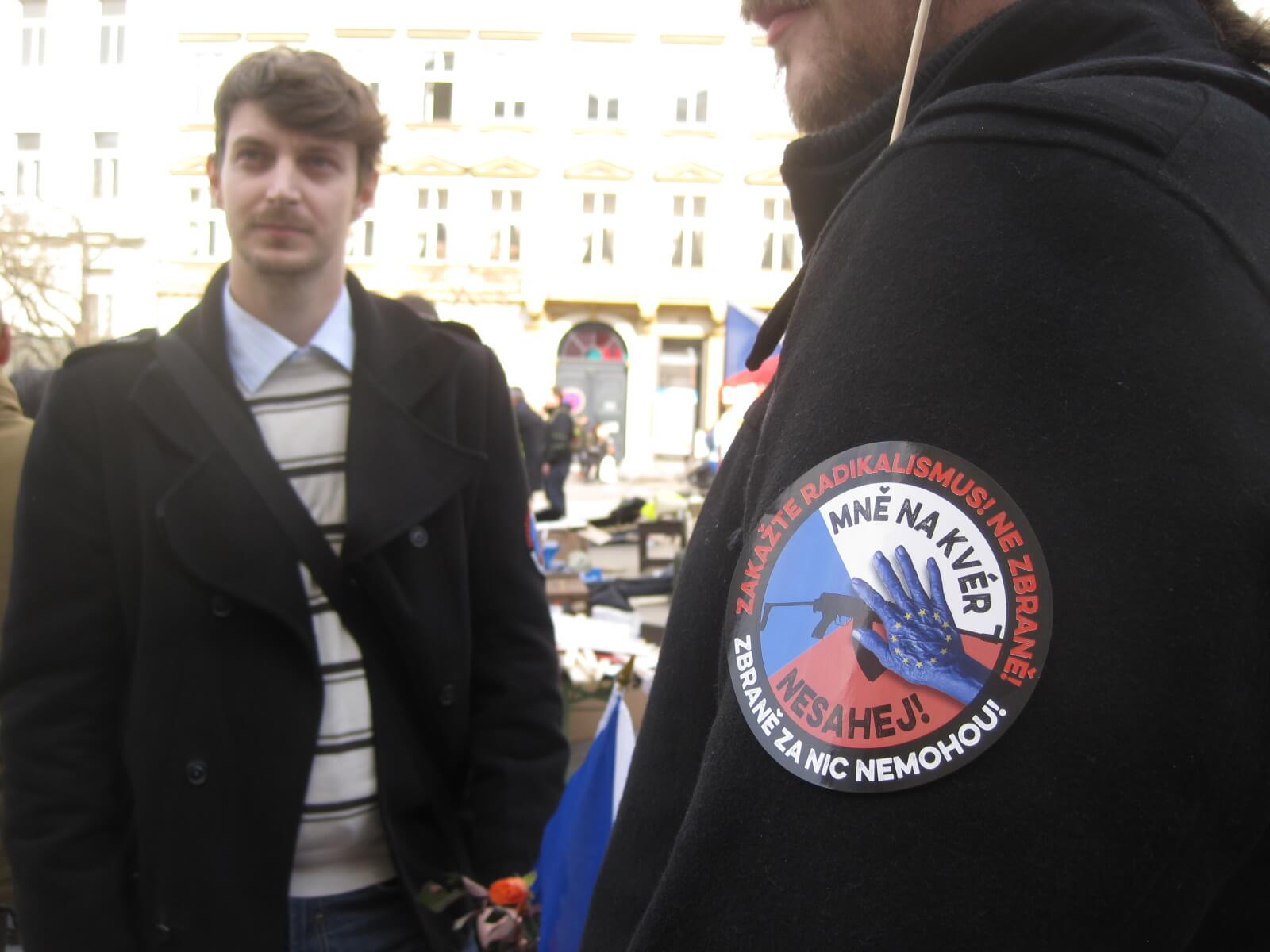 As well as having many gun owners, the Czech Republic is also a center for the manufacture of firearms, something that stretches back centuries.

Despite hostility to them, the EU rules are set to become law in the Czech Republic at the same time as the constitutional amendments, which have been described as merely “a way of softening [the] blow” of the restrictions.

What requirements there will be for gun owners to give up newly banned weapons when the EU rules become law is unclear. Given the strength of protests, many may be reluctant to hand them over.

Is the iGaming Industry in Prague on the Verge of a Velvet Revolution?