Prague Zoo has made an appeal for the public to help locate 18 Ibises that escaped this morning. At least two have already been caught.

”Nets on the aviary cages at the African rocks broke under the weight of snow and as a result of this unfortunate incident 18 ibises flew away,” Prague Zoo announced on Facebook after a zoo official made a similar appeal on Twitter.

The birds have appeared in various places in the city and one even ventured to street in front of a bar in Prague 7–Holešovice, near the offices of tabloid Blesk, where it was eventually caught.

That same bird has also been photographed above the culture venue La Fabrika in Holešovice. 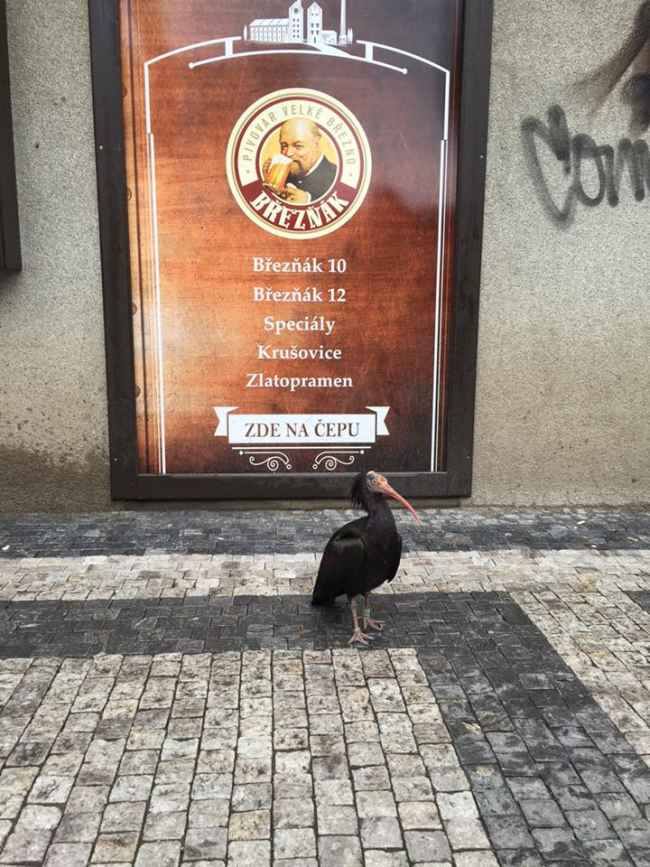 Another was reportedly caught in a garden.

The zoo says it is doing everything possible to get the birds back safely.

If you see an ibis, the zoo wants you to call the telephone number 737 204 532 or to write an email on simek@zoopraha.cz.

On social media, the incident is going by the hashtag #ibisdozoo.

They also ask that people only report real sightings, as it is crucial the birds be returned to a safe environment.

The northern bald ibis is a critically endangered bird species. It is a migratory bird found in barren, semi-desert or rocky habitats, often close to running water. The birds’ native habitat is northern Africa and the Middle East.

It grows to a height of 80 cm. It is characterized by a long hooked beak.