Officers have released photos of two young men sought for graffiti on a national monument.

Police have released photos of two suspects who are thought to have spray painted white lettering on Charles Bridge, a national monument and major tourist attraction in Prague. 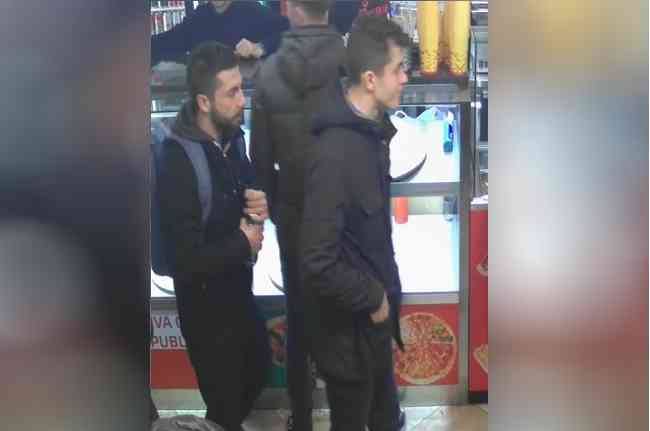 The suspects are described by police are French-speaking and most likely tourists. Police are asking hotel and hostel staff in particular to look at the pictures and video of the suspects.

The two suspects are alleged to have written on the bridge around 3 a.m. on Feb. 24.

Police have checked CCTV cameras for evidence, and come up with pictures.

The suspects if convicted face up to three years in jail since the target of their vandalism was a national monument. The normal penalty is one year.

Anyone who recognizes the suspects is asked to contact the police at phone number 158.

Graffiti on national monuments is rare but not unknown. 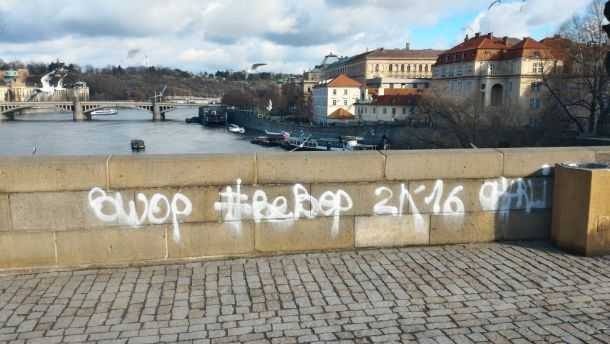 The Astronomical Clock Tower has also been damaged by vandals on several occasions.

Writing graffiti was added to the Criminal Code in 2010, and vandals can face up to three years in prison.

The bridge underwent a controversial renovation in 2008–10, which was criticized for replacing old stones with new ones that did not match in color and for not respecting the design patterns of the original stonework.

Cronenberg: Evolution opens at House of the Stone Bell