If you were a VIP who stayed at Prague’s Jalta Hotel between 1958 and 1989, your room was bugged and your phone was tapped. Behind its attractive 1950s façade, the hotel has been hiding a secret – there was a 24-hour underground spying operation that listened in on guests.

From an anti-nuclear bunker 20 meters below Wenceslas Square, communist officials monitored the hotel’s foreign guests with a large bank of listening equipment that only a select few ever knew existed. None of the hotel staff were allowed to go into or even talk about the basement. And while communism ended in 1989, the bunker remained in the possession of the Ministry of Defense until 1998, when they finally declassified its existence and turned it over, as is, to the hotel.

The bunker, which was also designed to act as a place of safety for 120 top officials and 30 support staff including doctors in the event of a war, has now been turned into a museum of communist-era history that the public can visit on guided tours.

“It’s a nice curiosity; a 5-star boutique hotel with a bunker,” said Sandra Zouzalová, the hotel’s PR manager. “It was the VIP hotel during the communist era … most foreigners were put here. All of the guests would’ve been eavesdropped on, and 24/7 there was someone listening to every part of the hotel and restaurants,” she said.

“We had a manager of the hotel here in the 1980s. He said in that time, nobody [from the hotel] was allowed to go downstairs, but people … from outside were going downstairs, and he didn’t know what they were doing.”

The bunker, protected by thick concrete walls, was believed to have been capable of acting as a military center in the event of a war and it even had its own power and water supply to sustain those who would have been based there. Three rooms of the bunker have been refurnished and equipped as though they were the center of a communist-era spying and surveillance operation. Included among the exhibits, which have been collected together by a group of enthusiasts, is the switchboard that enabled the state security agents to listen in on guests.

A board behind the listening post shows that rooms, all of which were connected by cables to the listening station, were ranked according to how closely they were scrutinized. Those coded red were apparently listened to most closely, with activity in yellow and green rooms monitored less frequently. 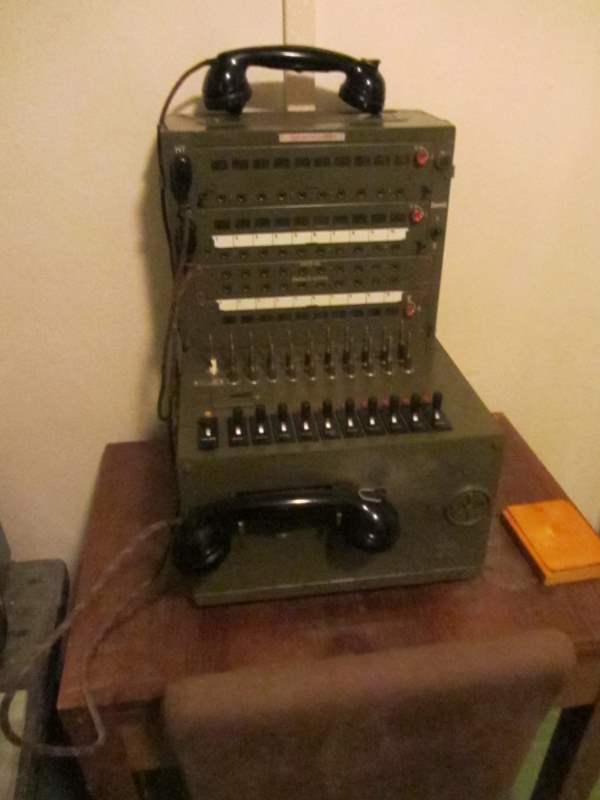 Most or all telephone calls made by hotel guests were probably listened to, while seemingly innocuous items in rooms, such as brushes, may have had bugs attached to them so that conversation could be picked up as well. “[Surveillance] was definitely through different channels; it wasn’t only the phones,” Zouzalová said. “Then there were a lot of women who were supposed to talk round the men from the West and get information on them.”

Many rooms in the bunker still have original equipment from when the facility was equipped as a listening station and hospital, including old telephones, gas masks, beds, first aid kits and a doctor’s examination table. Determining the exact uses of the various parts has been complicated by the fact that little information about the secret location was available. “We knew what we heard and what we found. But we had no documents saying, ‘This was for this,’” said Zouzalová.

“Until 1998 no employees were allowed down here. Nobody knew what was happening here, whether guests were still eavesdropped on.”

The hotel, and its bunker, was built between 1954 and 1958 on an area of land that was available for development as a result of a bombing in 1945. The style is sometimes called Stalin Baroque, and the architect was Antonín Tenzer, whose other projects include hospitals and clinics built in the Functionalist style. It is not clear if he was involved in the design of the bunker.

“It was said the Jalta Hotel was being constructed so the bunker could be constructed [and] no one would know about the bunker. They wanted to keep it top secret,” Zouzalová said.

“They could do the hotel from scratch. That’s why we think they made the bunker here. They could do anything they wanted here because there was a hole.”

To reach the bunker, visitors have to take an elevator to the hotel basement before descending further on concrete steps. They pass through a room equipped with a shower that could have served to decontaminate visitors, before entering the bunker itself.

On a level beneath the listening post and mini-hospital there is a large water tank that could have sustained residents of the bunker for as long as two months. Tunnels to lead out to Wenceslas Square were built, although most have long been blocked off as a result of the construction of the metro, while there is also a tunnel that links to a second bunker.

The ventilation system, which had a filtration system to protect against dangerous gases or other contaminants, has not yet been restored, although the hotel is hoping to get it working again eventually. It also plans to add exhibits to the more than half a dozen rooms that have not been redeveloped as part of the small museum. “I think it can bring a lot to the hotel. I think we can really do big stuff out of this. Many people are interested in this,” Zouzalová said.

Tours of the bunker last 30 minutes and are limited to a maximum of seven people. Places must be booked in advance.

This Bud ruling not for Budvar