Doing anything to dine at Hotel Okoř

The Hotel Okoř Family Restaurant is one of those places that deserve a special occasion. Luckily for me, and for their business, I suppose, I am quite good at justification, and can extend the concept of “special occasion” to include, among other things, simply really, really wanting to go there. 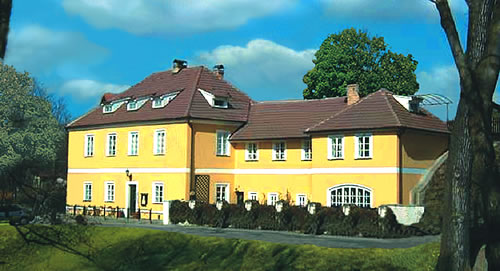 The ruins of the Okoř Castle next to the restaurant are enough of a reason to warrant a visit — as if the consistently excellent cuisine isn’t enough of a draw. The Hotel Okoř also houses a cozy, farmhouse-style hotel upstairs, which means any dinner at the restaurant has the potential to turn into a sleepover, which is handy seeing as Okoř is 44 minutes by bus (No. 350) from Dejvická — and the last bus nightly leaves at 7:20 p.m.

The restaurant and hotel feel worlds away from the big city, nestled as they are into one of many woodsy expanses of Prague-West. Indeed, it feels more like something you’d find in the French countryside, with its upscale shabby-chic interior full of carefully placed antiques, knickknacks and old prints. There’s also a lovely garden out back brimming with flowers in season and several wrought-iron tables perched out front for soaking up the Indian summer sun. 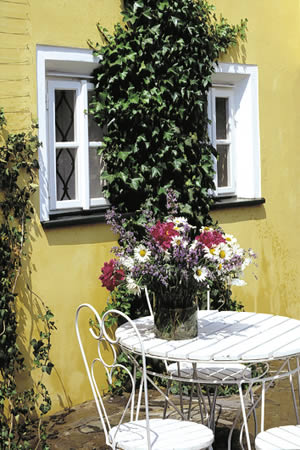 The food, too, seems worlds away from common fare among the bright lights. While priced accordingly for such rustic Continental cuisine with fine ingredients, it seems like a bargain, although just expensive enough to be able to resist going there every week.

Two of their dishes stand out, not just from among their other offerings but among even the finer establishments in Prague. The green-pepper steak, which is about 280 Kč if I remember correctly, and the accompanying thin-cut pommes frites (they are too fancy to call french fries), are incredible.

I could gush on about the steak, but my friend Grant has already described it perfectly in a recent entry on his Gusto blog, complete with mouthwatering food-porn-worthy photos. I first stopped by the Hotel Okoř with him and another friend several years ago while out on a bike ride in the area, and have been entranced with it since.

Another dish though that almost rivals the steak in its unforgetableness is the Norwegian salmon with wasabi mashed potatoes, although it’s hard to decide between the two.

Building up an appetite

The Prague-West region is perfect for hiking and biking, and there is much I could say on that topic. But, to keep to this particular restaurant, and the joys of Okoř itself, there are also several possibilities.

One that makes for a particularly nice walk at this time of year and into the fall is to take the train from Masarykovo nádraži to the industrial dump (for lack of a better description) that is Kralupy nad Vltavou. Walking west through the town along the red-marked trail leads you through several parks, across several streams and on a route to Okoř that has as many variations as kilometers (12.5). Winding through the villages of Minice and Otvovice, the terrain is mostly flat but provides shifting scenery as you pass through forested knolls, grassy fields, past cottages and gardens and through wooded paths that become ablaze with color as the leaves start to turn. 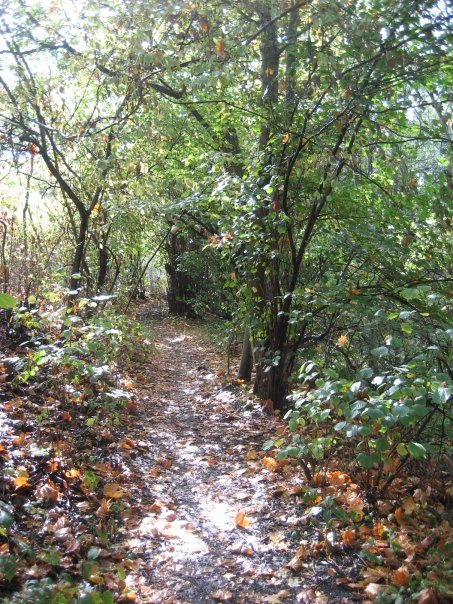 For refreshment, there’s quite a nice traditional pub in Otvovice (where pop star Lucie Bíla lives), which is a good place to rest up as the walk’s only hill follows. Once ascended, however, the path rewards you with a lane of apple trees ripe for the plucking, a pretty Hussite church and altar, a view over the rolling Prague West hillscape and then some good house-and-chata snooping, most notably getting an eyeful of the beautifully renovated (and artistically landscaped) Nový mlýn, several kilometers north of Okoř.

Getting closer to Okoř, and having forded several streams, you’ll see the cottage community called “Colorado,” which seems straight out of a 1970s summer camp or hippie commune, set into the valley between two rising forested hills. From there, it’s a straight shot to the 14th-century castle ruins. Your amazing — and well-deserved — meal awaits!