The earliest historical records of commercial brewing in Prague date from the 10th century and mention the brewery at the Břevnov monastery.  It operated in the same place for 900 years, though by the end, the Benedictine monks had long stopped brewing and were renting out the facilities instead. The brewery shut down at the end of the 19th century because, basically, it couldn’t compete with the lagers that had taken the market by storm, nor it could be adapted to brew this sort of beers.

It would take around 120 yearsa for the tradition to resume.  I first heard about Břevnovský Pivovar in Autumn last year, when I met Brew Master Jan Šuran at an event at the monastery. He said the brewery should open by the end of that year/beginning of this. Not quite.

The project was well received by the heritage authorities of Prague. They liked the idea that the monastery would house a brewery again. They oversaw the construction works and were satisfied with the results. All that didn’t stop a wanker in the zoning office to use a technicality to bring the whole project to a standstill and not put the last rubber stamp, expecting, perhaps to be paid a bribe. New authorities took over that part of city hall and things went smoothly (without any bribes being paid) and the brewery officially opened last month.

The funniest of all is that it  basically started as a “How about…?” chat over a pint. PIVO Praha, the company that owns Břevnovský Pivovar, as well as Pivovarsky Dům and Klub, wanted to set up another brewery. One day, while having a beer or two, one of the partners suggested it’d be cool to do it at Břevnov monastery. Šuran said he had a friend there, and the rest is history. 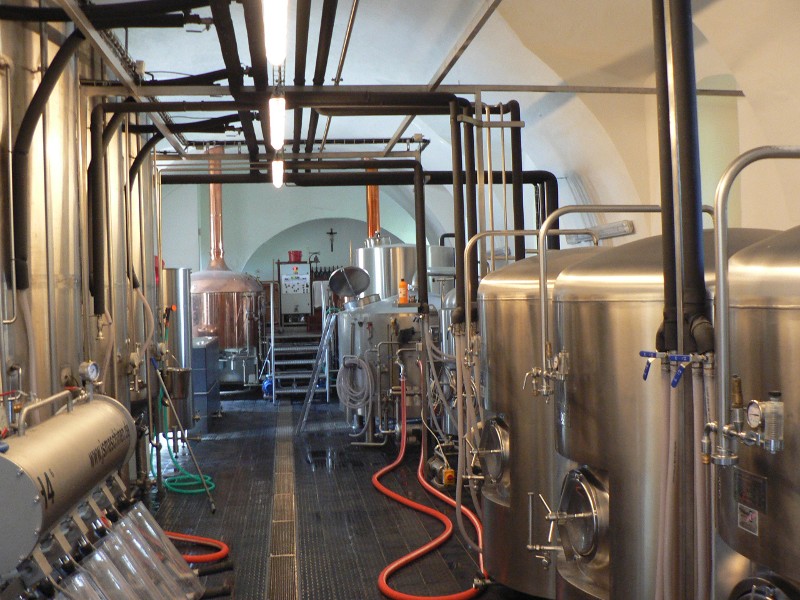 The newest brewery in Prague (at least for the time being) is located in the old stables. It has a capacity of 4000hl a year (curiously, about the same capacity the historic brewery had by the time it closed) and they expect to brew about 1000hl this year.

They are currently brewing six different beers. An 11º tmavý ležák, a 12,5° světlý ležák, an 11º Weizen, a 15º IPA, a 20º Imperial Pilsner (shouldn’t it be called Kaiserlichen Pilsner or Císařský Ležák?) and a 21º Imperial Stout. Save for the last one, I’ve tasted all of them, and they are really, really good. The dark and pale lagers are different to anything I’ve tasted before, the wheat beer is one of the finest that I’ve ever drunk, the IPA isn’t the kind that grabs you by the lapels and screams hop fueled obscenities, instead, it speaks to you in a firm, but caring tone, and, regardless of how silly the name of the style might be, the Imperial Pilsner is a lovely evening sipper. Other than a Belgian style wheat beer, they aren’t planning to extend that range much further, and perhaps that is a good thing. 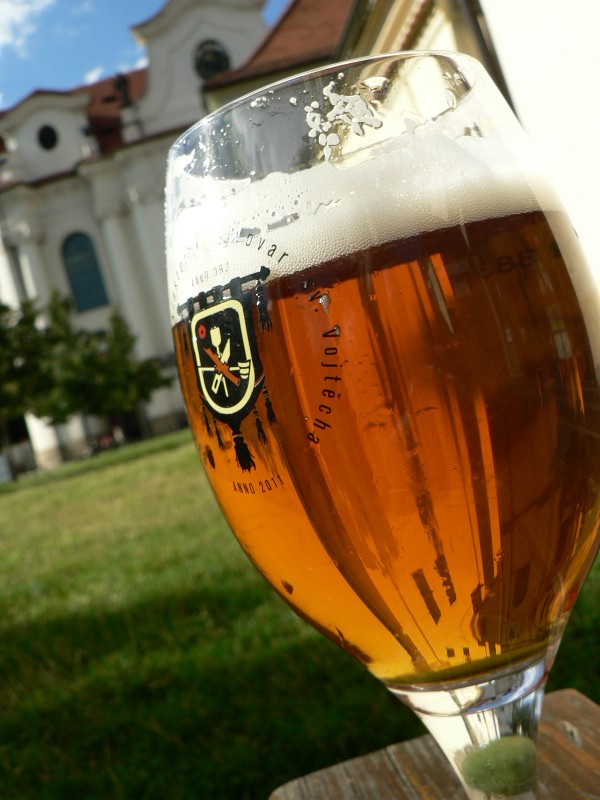 Břevnovský Pivovar isn’t, and will never be, a brewpub. Just like Matuška or Únětický, their model is based on distribution. At the moment, three of their beers are available permanently at Klášterní Šenk, the very good restaurant at Břevnov Monastery, and they can occasionally be found at Nota Bene or Pivovarský Klub, but now that everything is working properly, the brewery is planning to start offering their stuff to other pubs. Domestic pissheads, however, can enjoy all of the above mentioned beers in the comfort of their homes. Bottles (and kegs) can be bought at the brewery Monday to Friday, 2-7PM.

There are other plans in progress. When I visited the brewery a couple of weeks ago I was shown the ongoing works in part of the building to set up facilities to train new brewers and other similar activities and  that in the near future, they want to start using the Gothic cellars under the building to barrel age some of their Imperial Stout.

All of this is good news, together with Pivovar U Tří Růží, Břevnovský Pivovar has restored my faith in new breweries. I wish them success and I hope their brand, Benediktin, will soon be a common sight at pubs, restaurants and cafés all over town.

Garden musings and a bit of history