A few days ago, Únětický Pivovar celebrated the first anniversary of their resurrection (the brewery had been closed by the Communists in 1949, after more than 300 years of brewing tradition). Unfortunately, I couldn’t attend the party, but for what I’ve heard, it was quite good. 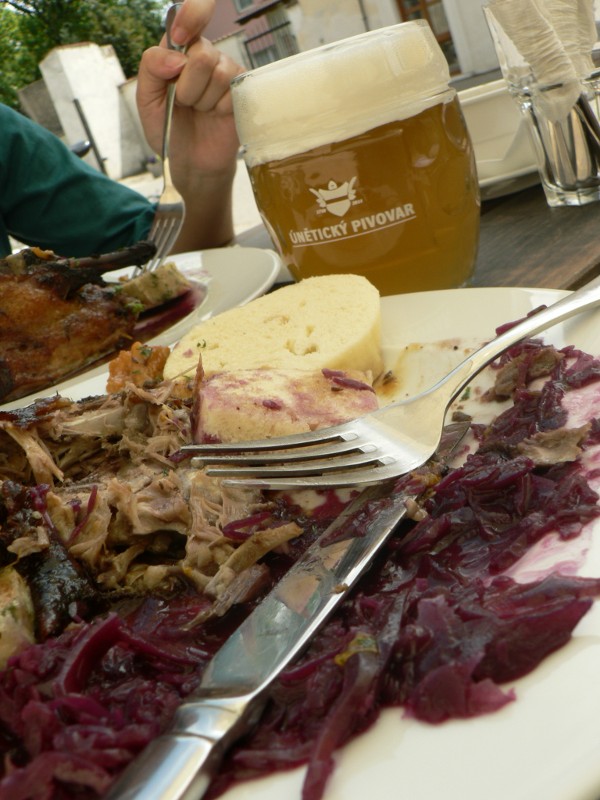 Anyway, almost from that day in June 2011, Únětický Pivovar became my favourite brewery. I always get excited when I see a new pub that carries their beers and whenever I can, I try to make it to the brewery’s taproom to have a couple of pints, or at least to buy a couple of takeaway bottles to drink at home, and here’s why:

1. It’s the closest thing I have to a local brewery

Unfortunately (or perhaps, fortunately for my wife) I don’t live in Únětice, but I don’t live very far, either, just a couple of villages away. It’s only a matter of a short bus ride and a brisk walk through the forest to get there. I know “Local” doesn’t automatically mean “Better”, but it does mean “Fresher” and that’s never bad for Czech beer. 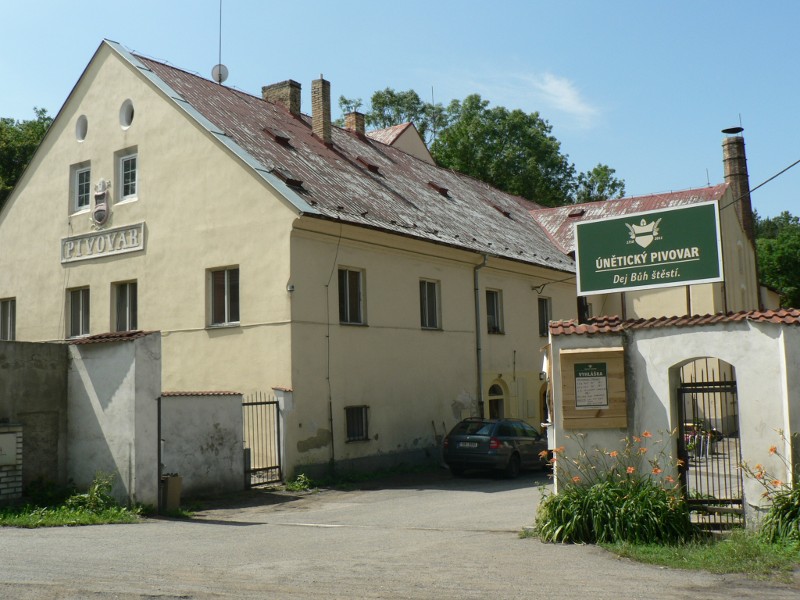 2. It gave an old building it’s original purpose back

Únětický Pivovar was one of those many breweries the Communists closed for being too small and/or not productive enough and/or not worth keeping (ironically, those are the same reasons given by the Capitalists to close some more breweries in the 1990′s). The buildings of some of them would later become ridiculously overpriced, cheaply built luxury flats, like in Vinohrady and Holešovice, others would fall into disrepair, like in Nusle and many more would be torn down. This building was lucky enough to have been taken over at some point by a dairy company that used it as storage and kept it structurally sound. In 2010 it was bought by the current owners with the goal of making the “Pivovar” sign mean something again, one of the very few such cases. 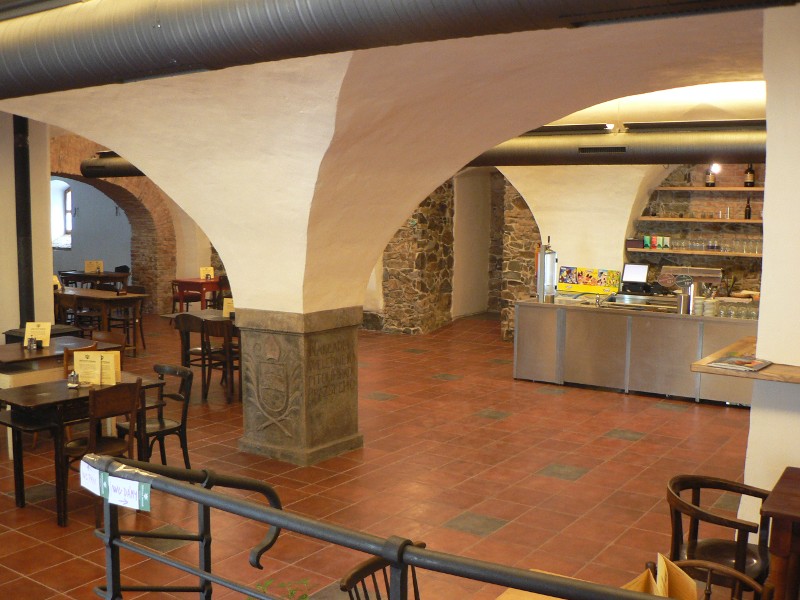 3. They have one of the most beautiful taprooms in the country

It’s in the old maltings, the oldest part of the building. You can still see the cornerstone dated 1710. It was already pretty nice when they opened it last year, but a recent refurbishing that exposed more of the stone walls and restored the cornerstone took it to another level. The mismatched, old furniture, the vaulted ceilings and lost of space make for a unique atmosphere. (and the food isn’t too shabby, either). 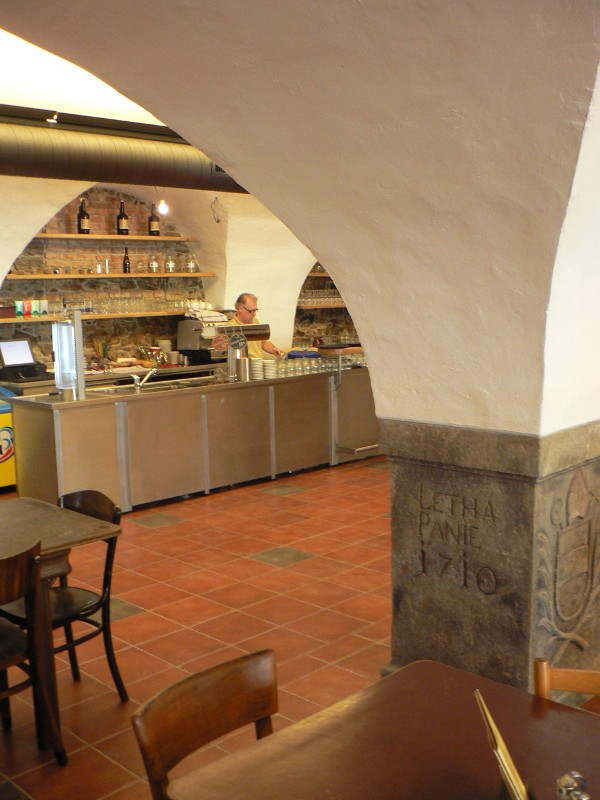 4. The availability of their beers

The brewery is run by people who know their shit and have a very clear goal, to become a small regional brewery. From the get go they distributed to neighbouring villages. Soon they started to appear in Prague, first at the multi-tap pubs, then at more “beer minimalist” hospody like Na Slamníku and U Pětníka in Bubeneč (which gave me a reason to go back to the latter, my first local, after five years or so, and find out that it had barely changed) and now there are almost 40 pubs in Prague that have Únětické Pivo. This shouldn’t surprise anyone, people like the beers and they do bring new customers through the door. Of course, this would all mean a lot of fuck and a bit of all, if it wasn’t for the no. 1 reason…

Of course! The Beers! They are excellent. Really, really good. In a time when more and more Czech micro breweries are turning their attention to “exotic” styles, in a time when “IPA” has become almost a household name among the local pivní intelligentsia, Únětický Pivovar chose to focus on tradition. Desítka and Dvanátcka (with a seasonal here and there) that’s all you’ll get from them, and it’s all you’ll need. Once you drink those beers, if you pay the least bit of attention to them, you’ll understand why I say that a Světlý Ležák (or even a desítka) can be the most wonderful drink in the universe. I love the likes of Kocour and Matuška and all the others who are bringing more colour to the Czech beer landscape, but I also believe that breweries like Únětický (or Kout) deserve every bit as much praise for sticking to the classics without sacrificing personality and character. 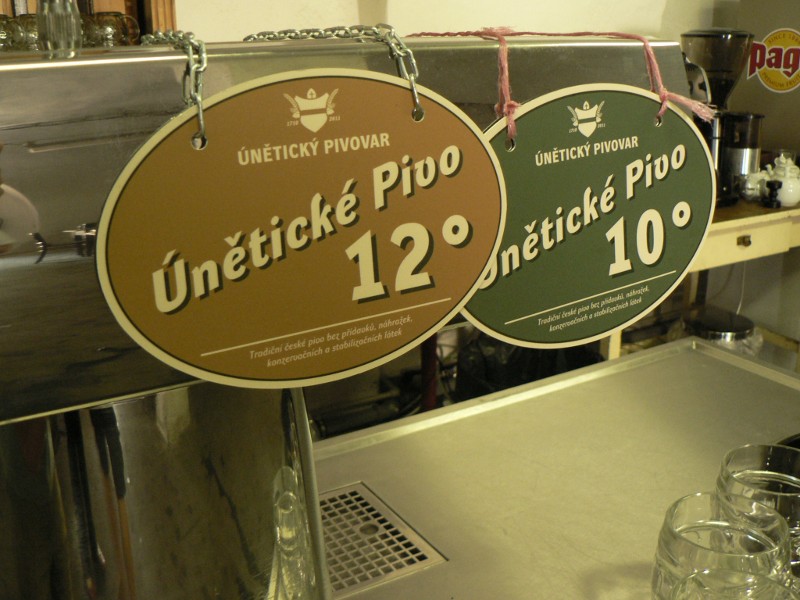 But well, whether you agree with me or not. Try to find one of the places in Prague that sell Únětické Pivo (or better still, go to the brewery) and have one (or five) pints to the health of these people who are stubbornly determined to do things well.