The new image (see pic below) isn’t the only (and certainly not the most important) change that the fifth edition of the Czech Beer Festival is bringing, there are several others, the biggest of which is perhaps… 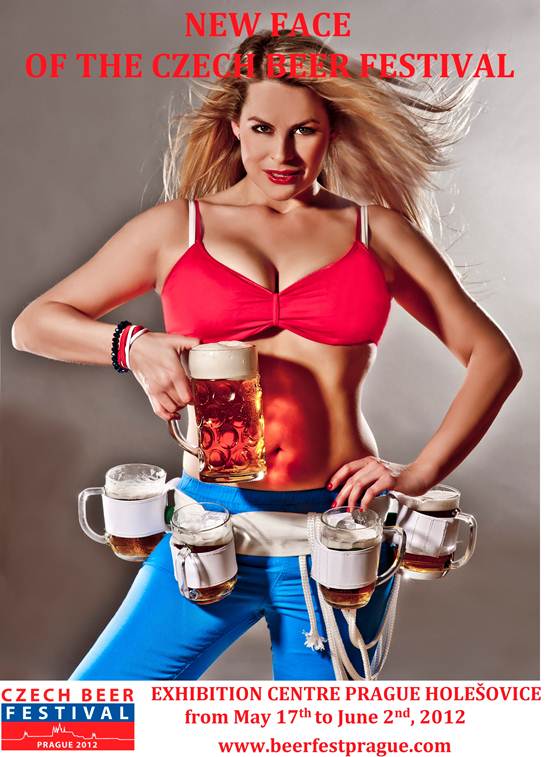 The venue: After three years in world’s butt (i.e. Letňany), the Czech Beer Festival is going back to Vystavyště Holešovice, where the first edition was held. According to the organisers, this aims to bring in more locals.

The layout: There will be only one massive tent (football pitch dimensions, they say) divided into two sections. Each section will offer five beers on tap that will cover a classic range (nealko incl.) and two catering companies will take care of the food, all with live music. The Křižík Hall C will house  the “Pivní Rozmanitost” section, where attendants will find a wider range of beers from smaller regional and micro breweries, as well as some imported stuff on tap and bottled.

Tupláky: In the main tent, only 1l measures will be available. Otherwise, you will have to go to  ”Pivní Rozmanitost”, where beers will be available in 0.5l or 0.3l or even smaller measures, depending on style.

After party: On Thursday to Saturday from midnight at Křižík Hall C. (who will be in the mood for that after knocking down five or six tupláky is another question)

And that’s pretty much it. Everything will be paid by Tolars, that sell at  45CZK each. Admission is free. The Festival kicks off on Thur. 17/5, with a Grand Opening that day at 5PM, and wraps up on Sat. 2/6. Hours are every day from 12 till midnight.

I’m really happy they are back in Vystavyště Holešovice. The first edition was flawed, yes, but the location gave it a beer garden atmosphere that the Shithole (i.e. Letňany) could have never matched. Whether it’ll be enough to bring in more locals, I don’t know, but it’s sure enough for me. I missed it last year because I couldn’t be arsed with going all the way to that metro station in the middle of effing nowhere just to have a couple of pints and check out the atmosphere. Now I’m looking forward to seeing what the place will look like and if I’m not happy with what I see or drink, I can always take a walk through Stromovka or go to one of the not few pubs around Storssmayerovo and Letenské Nám.

That aside, talking yesterday to a friend I met at the press conference, we came to the conclusion that the Czech Beer Festival has become actually two attractions in one. One the one hand you have the big tent with the tupláky and the live music for the tourists and the groups who don’t care too much about what they are drinking as long as it goes down well and Pivní Rozmanitost for those who prefer to drink more sensibly and quietly while being able to choose from wider and more diverse range. Quite clever methinks.

Anyway, if you see me there, feel free to buy me a pint, I won’t feel offended.