Zwentendorf, Austria’s only nuclear power plant, has been inactive since its completion in 1978, when Austrians decided in a public referendum they would prefer not to launch it. 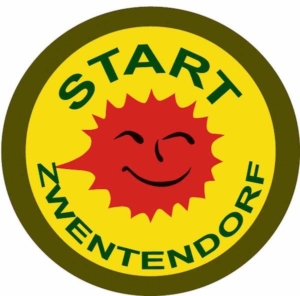 Start Zwentendorf (SZ), an open-source community that operates through an online wiki site and has no organizational hierarchy, claims to be a partner organization of Austria’s Stop Temelín, an anti-nuclear group. The latter has for years been a vocal opponent of the Czech Republic’s Temelín nuclear power plant, organizing border blockade demonstrations to protests a perceived lack of safety measures.

SZ says the inactive Zwentendorf is more harmful to the environment than Temelín since it means Austria must generate its electricity from other, less ecological sources, such as coal-burning power plants.

On June 20, a dozen SZ members delivered a note to the Austrian Embassy in Prague, calling on that government to embrace nuclear energy.

Austria would rather not talk about it. “It’s satirical, but this topic is serious,” says a spokesman of the Austrian European and International Affairs Ministry who declined to be named. “So we don’t want to answer the group.”

Stop Temelín, meanwhile, dismisses the diplomatic efforts of its alleged partner organization. “This is a silly joke,” says Gabriele Schweiger, spokeswoman for Oberösterreichische Grenzübergänge, the anti-nuclear organization to which Stop Temelín belongs. “It’s an attempt to trivialize a serious issue.”

The most powerful weapon

Pavel Vrecion, 43, computer programmer, Czech Agricultural University lecturer and one of SZ’s nearly 200 chairmen, insists that mere satire is not the group’s goal. “It’s true that this is a serious issue. We care about ecology as much as our partner Stop Temelín,” he says. “We just want to open up the debate and illustrate that if you use one set of facts in a different demagogical way you can reach completely opposite conclusions.”

“It’s not so much a satire as a popularized presentation of scientifically proven facts,” says another member, 31-year-old physicist Ondřej Chvála. “We want to show that opposing nuclear energy is completely irrational.”

Some might argue that the SZ’s very existence is irrational, but that’s not how Radek Svoboda, a 40-year-old physicist, sees it.

“Humor is the most powerful political weapon,” he says. “Clearly, we have hit Austria’s raw nerve. Who would want to talk about building a plant for billions of schillings and then decide not to launch it?”

Svoboda, who works for ČEZ, the Czech power giant that owns and operates Temelín, has been promoting nuclear power for more than 17 years. He insists that, although SZ is merely trying to lighten and enliven the nuclear debate, its arguments are solid. “If you do the math, nuclear power plants emit less radiation and are less ecologically harmful than coal-powered ones,” he says. 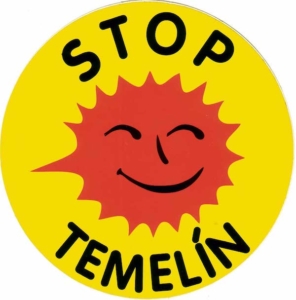 While Stop Temelín doesn’t dispute that coal plants are indeed ecologically harmful, it continues to perceive Temelín as a safety hazard. The group’s protests have intensified in recent months, with the group calling on the Austrian government to sue the Czech Republic. They claim the Czech Republic has failed to address safety concerns as specified in the Melk Agreement, signed by Austria and the Czech Republic in 2000.

Indeed, Temelín has had its share of technical glitches, in March, for instance, when radioactive water leaked from the plant’s first unit.

According to Vrecion, Stop Temelín isn’t really just about Temelín. “Temelín has become an icon for anti-nuclear activists,” he says. “They could have just as easily chosen a different nuclear plant.”

Tomáš Moravec, a 35-year-old molecular biologist who joined SZ after finding its link on a pro-nuclear Web site, says the Austrian activists’ distrust of Temelín’s safety probably stems from the fact that it’s located in a former Eastern Bloc country. “It’s hard to let go of old stereotypes and start believing your neighbors,” he says.

Meanwhile, SZ continues to attract new members every day, mostly from the ranks of academics, computer programmers and engineers. Each member is free to contribute facts and links to the site, following the concept behind Wikipedia, the open-source online encyclopedia.

On the SZ Web site, or “the zwiki,” as members call it, there are links to photos of Zwentendorf as it looks today: a crumbling colossus overgrown with weeds. It’s hard to imagine the plant up and running, and according to Austria’s European and International Affairs Ministry, it’s a closed episode; the plant will never produce power. But could it?

“You know, technically it’s not impossible,” Svoboda says, and his face forms an impish smile. “It was very well-conserved and sealed. It would take a while. But why not?”

To be considered “in business,” all that is required of a person is to sell or

Introduction As a business leader, you’re constantly under pressure to achieve results quickly and efficiently. You

Five channels that have given online trading a community feel

Since Bitcoin was first launched back in 2009, there have been widespread calls for regulation from

Why Businesses Need FinTech Products And How To Integrate Them