The Prague Astronomical Clock or Pražský Orloj is regularly sighted on blogs and websites as one of the most disappointing attractions in Prague. Tourists expect some sort of grand performance at the top of every hour and are disappointed to see that it is just an old clock.

In reality, it’s not just any old clock, but a really old clock dating back over 600 years. It’s also the only working astrological clock in the entire world. The age and rarity of the clock should be cause for applause on its own.

Prague’s Orloj can be divided into three main parts. The first part is made up of two windows from which you can see the procession of the Twelve Apostles every hour in the daytime and another window where a golden rooster sits and crows after the procession. The second, and largest part, is the astronomical clock face. The final part is the calendar.

Other parts of the clock include four figures considered to be the “bad guys” of the time, Vanity, Death, the Piper and Greed. These stand near the top of the clock and have moving parts during the procession. The “good guys” are located near the calendar. These are the Archangel Michael, the Astronomer, the Philosopher and the Chronicler. 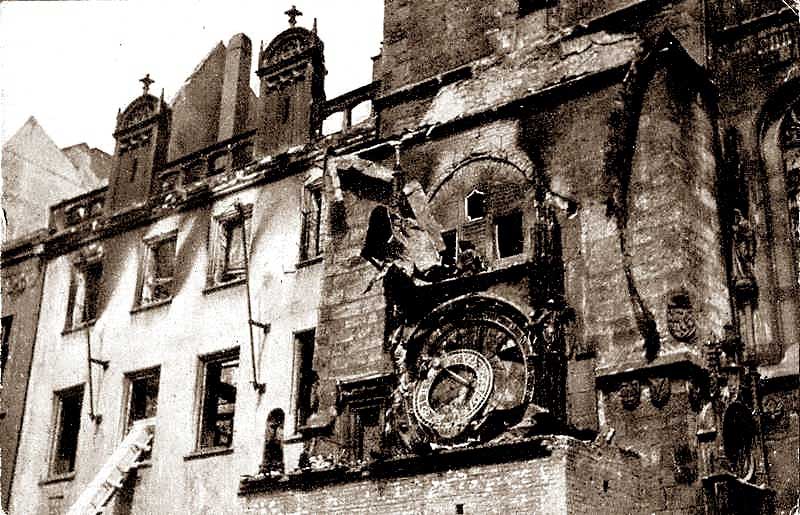 Even the history of the timepiece is interesting. It was previously thought to be built by Master Hanuš and mounted on Old Town City Hall in the late 15th century. Legend has it that the city councilors didn’t want Hanuš to build another competing clock so they had him blinded, King Lear style. However, the truth is that the clock was built in 1410 by Mikuláš Kadaň, a clock maker, and Jan Šindel, an astronomer. Neither was blinded.

This clock has seen some rough times, including being partially burned down by Germans in 1945 during the Prague Uprising. Shouldn’t tourists at least appreciate the hardships this poor, old clock has faced?

How to read the clock:

One of the most interesting parts of the whole clock tower is most misunderstood by tourists. Not many people know that the clock shows three different times as well as the position of the sun, moon, and the stars, all indicated by the three different hands of the clock.

The beautiful colors of the clock are not just there for decoration. They indicate different times of the day when the sun icon passes over them. The orange color on the left and right indicates the sunrise and sunset respectively. The blue area symbolizes day time, while the black circle symbolizes night. 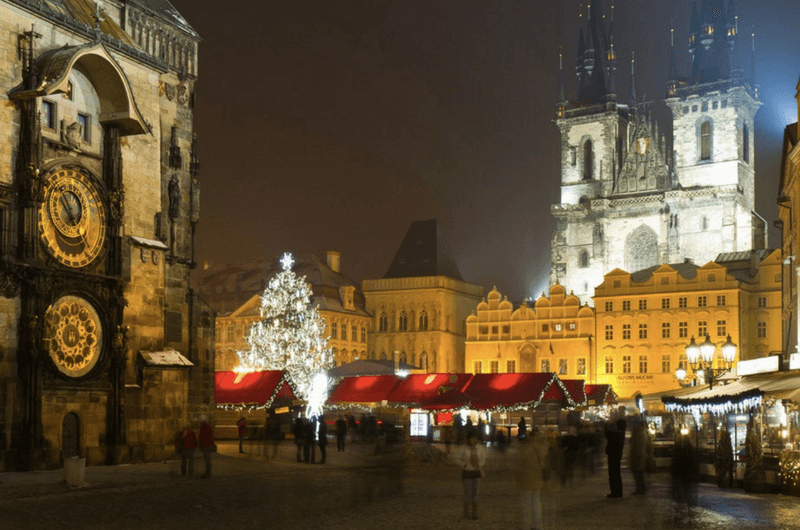 The clock face may seem complicated at first, but each section shows different types of time. The outer black circle with golden numerals shows the old Bohemian time, also known as Italian time, and this is on a 24-hour scale. Babylonian time is indicated by the golden curves on the inside of the clock.

The current Czech time is shown by the clock hand with the sun pointing towards the roman numerals on the inside of the clock face. However, this clock does not account for daylight savings time, so you might be better off using the analog clock at the top of the tower.

Measles hits ČR; people in their 40s at risk

Top 5 Places for Students to Entertain in Prague

Studying, getting ready for the exams, accomplishing tons of homework can be exhausting and overwhelming. Thus,

Turkey is a country that has been ruled by many. The influences of the Ottomans, the

Tips For Your First Family Holiday With A Baby

When you have a new baby, the prospect of taking them on holiday can be a

Native Vanilla is located in the lush, incredibly diverse island of Papua New Guinea in the

Prague is one of the most popular destinations for people looking for city breaks in Europe.