The 81st season of the FOK, as it is also known, will be the first for Finnish-born Inkinen as chief conductor and the first of three years for Cura of an artistic residence.

Argentinean tenor Cura is best-known for his signing but he also composes and conducts. He will be showing off all sides of his talent this year, and looks forward to doing more in the coming years, depending on the audience and critical response. 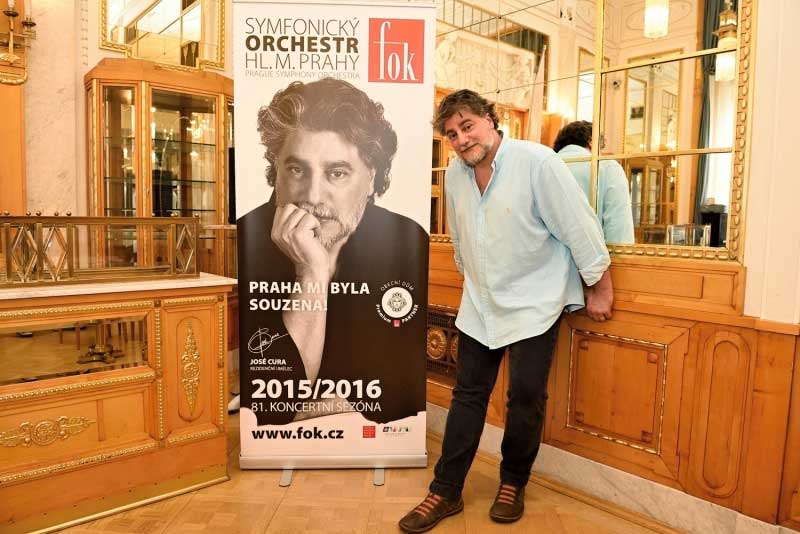 “I had a chance last night to talk the orchestra management and they are as crazy as I am,” he said at a press conference.

“But what happens after this year depends on what you say,” he added, meaning the press. “If you say my compositions are bad, I’ll stop writing them.”

On the 2015–16 schedule Cura will present two programs. The first will be the world premiere of the orchestral version of If I die, Survive me! The piece, which Cura wrote and will also sing, uses poetry by Pablo Neruda. Inkinen will conduct the Oct. 7–8, 2015, program, which also includes pieces by Ravel and Sibelius. Cura will sing in Spanish, as the rhythms of the language match the music.

The other program, on Feb. 10–11, 2016, will see Cura conduct one of his own compositions as well as two works by Rachmaninoff and piece by Respighi. Cura said that he wrote Magnificat some 27 years ago when his first child was born, and that it — the music, not the infant — was at the bottom of a box until recently. He performed it once as it had been written: “with a lot of mistakes,” as he put it. Then he began revising it but tried to keep it in the spirit of the work of young man and not turn it into a mature work. Mezzo-soprano Dagmar Pecková will participate in the evening.

He will also be teaching master classes in April 2016. He pointed out that these are not beginners’ lessons, but are for people already at a high level of accomplishment.

Cura said that he originally wanted to be a composer, but his teachers urged him to sing once they heard his voice. “There is no money in composing,” he said. “So I followed their advice and began singing.” But he enjoys when he gets a chance to return to what he truly wanted to do.

Singing also taught him to be a better composer and conductor he said.

Cura’s three-year residence grew out of a chance meeting between the singer and the orchestra on an airplane. Several musicians recognized him and the talks led to an offer. 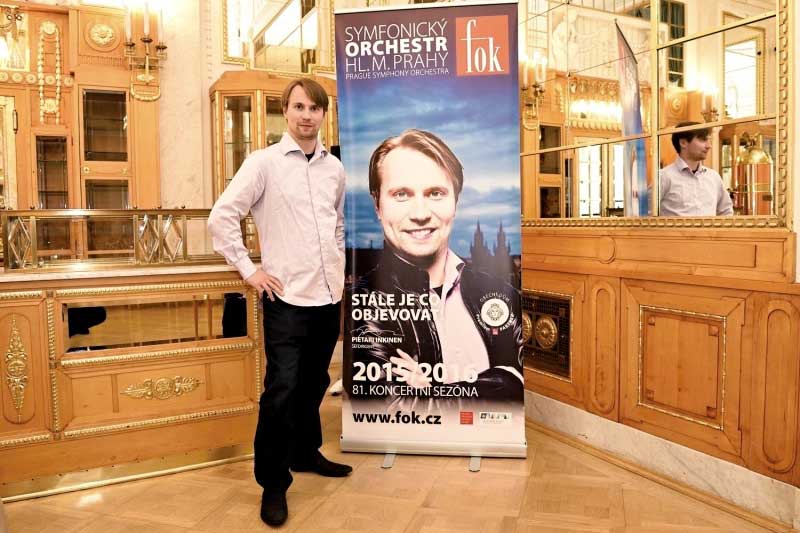 “How can you say ‘no’? This residence isn’t a question of money. It is about pleasure,” he said.

Cura performed with the FOK in 2003, and said he was impressed at that time with both the quality of the musicians and their attitude.

Chief conductor Inkinen introduced the rest of the 2015–16 season, which will start with an Aug. 26 outdoor concert of Dvořák and film music conducted by Jan Kučera.

The season will start in earnest Sept. 16 at the Municipal House with Inkinen conducting Dvořák’s symphony From the New World plus a concerto by Martinů with guest violinist Pavel Šporcl  and the Czech premiere of a piece by Esa-Pekka Salonen. In total, Inkinen will conduct six different programs during the season.

The first program with Inkinen as a chief conductor is typical for him as it combines Finnish and world-renowned composers. For his work the FOK, typically it will be Finnish and Czech composers.

Dvořák and Martinů will also be featured when Inkinen conducts an Advent concert for UNICEF on Dec. 16 and 17, 2015.

Inkinen said that for now there were no plans to do studio recordings with the orchestra, as they were just getting to know one another. Instead, he wants to put the emphasis on live performances.

The 81st season will offer four world premieres and two Czech premieres, in some cases conducted by the composers.

The FOK will also tour during the season, going to Britain, Thailand, China and Japan.