Different meals and even different days, but the feeling is the same

Although Christmas traditions in Europe have certain aspects in common, such as spending time with family on Christmas Eve, different countries have their own specific customs. Celebrations on the European continent have deep roots in history, and some of them originated from ancient practices.

The custom of decorating a Christmas tree has many possible origins, one of them going back to the pagan tradition of an evergreen tree placed in the house to scare away the devil and think about spring. In most European countries, the tree is decorated with traditional ornaments and Christmas lights.

In the Czech Republic, Dec. 24 is the most important day as families get together for Štědrý večer (“Generous Evening”) to enjoy Christmas dinner and give presents to each other. The dinner usually includes carp and potato salad, sometimes preceded by fish soup. Some people may attend the midnight mass at a local church, but the Czechs mainly consider Christmas, or Vánoce, a family holiday rather than a religious one. Dec. 25, which is the big day in the United States and some other countries, is less important.

“Christmas, for us, was a way of getting the family together in one place,” said Nadia Kotaishová, a journalism student from Velké Bílovice in Moravia. “Perhaps only my grandma was fully conscious of the religious context from which this holiday arose. For the rest of us, it was an opportunity to enjoy each other’s company, have a great meal and of course, unwrap some presents,”

In neighboring Slovakia, the traditions are similar to those in the Czech Republic, with carp being the main course of the Christmas dinner. “The head of the family, grandfather or father, catches the fish a couple of days in advance and then it lives in the bathtub until Christmas Eve,” said Klaudia Mankosová, a Slovak international relations student living in Prague. Food traditions differ depending on whether one is from the western or eastern part of the country.

“In the east, we have cabbage soup, carp and potato salad, along with endless amounts of Christmas cookies,” Mankosová said. “Before we begin to eat, my grandfather reads a verse from the Bible, and that is followed by a prayer. Immediately after, we take oplatky [wafers], and each member of the family goes to my grandfather, who puts a bit of honey on our oplatka. Then he makes a cross on our forehead with it as he blesses us. After that, we put garlic on the oplatka and eat it with our meal. When everyone is full, my grandfather leaves the room and rings a bell for the kids, announcing that baby Jesus has come with the gifts, and everyone hurries to the living room under the tree. This is followed by the family Christmas movie Popelka, and then the family goes to midnight mass together.” Similar to the Czech tradition, Ježiško (“Baby Jesus”) is the one who brings gifts to children in Slovakia, not Santa Claus.

In Poland, another neighboring country, Christmas is a major celebration, and preparations begin long before the actual day. Each family cleans the house, decorates the Christmas tree and cooks dinner. The dinner is served on Dec. 24, and everyone starts eating after the first star appears in the sky. “When I was little, I would always look out the window to see if there are any stars,” said Paulina Wydrzyńska, a Polish journalism student.

At dinner, a bit of hay is put under the tablecloth, and a candle is lit on the table. The candle is later brought to church for the midnight mass. “For dinner there are 12 different dishes on the table, and everyone has to try each of them,” Wydrzyńska said. Traditional dishes include mushroom soup, carp, herrings, cabbage rolls and poppy seed cake. Interestingly, it is not allowed to drink alcohol during Christmas dinner in order to be sober for the midnight mass.

In Germany, it’s all about regional traditions, as Germany was historically divided into small regions before unification. Christmas Day is on Dec. 24, and many families go to church either for a 6 p.m. service or for a midnight mass. For dinner, the families serve a Christmas goose, the most traditional meal. As it is quite a pricey item, many poorer families have a custom of serving pork ribs. “A ‘trend’ that came up lately is for people to eat fondue or Raclette. We always eat Raclette,” said Isabel Springer, a German graduate living in Prague. Raclette is a Swiss dish prepared by heating up the cheese until it melts and then scraping off the melted part.

In different regions in Germany, different characters bring Christmas presents. For some, it is Weihnachtsmann, the German Santa Claus. For others, it is the Christkind – baby Jesus. “In the past few years, people have been getting overwhelmed with the commercialism that Christmas brings, and the numbers show that even though more money than ever is spent on presents, fewer presents are being bought. My family has narrowed presents down to one per person,” Springer said.

In the Netherlands, Christmas is celebrated on Dec. 25, and historical traditions like setting shoes filled with hay and carrots by the fireplace after dinner are joined with more modern customs. “I’m looking forward to Christmas because before that I can take part in Serious Request,” said Dutch student from Rotterdam, Gijs Winkler. Serious Request is a benefit event the Dutch radio station 3FM hosts one week before Christmas Day. The event is so popular among the Dutch that it has become just as much of a Christmas tradition as decorating a tree.

The project was launched in 2004 and collects money for the Red Cross. During Serious Request, three DJs live in a glass house for six days and can’t eat or drink anything other than juice. They are shown on television and broadcasted over the radio while playing songs requested by listeners via the Internet. By requesting a song, listeners donate money to the project. Celebrities often take part in it, donating money and auctioning their possessions. Last year, the event raised €13 million. Recently, other countries like Sweden, Belgium and South Korea have adopted Serious Request. 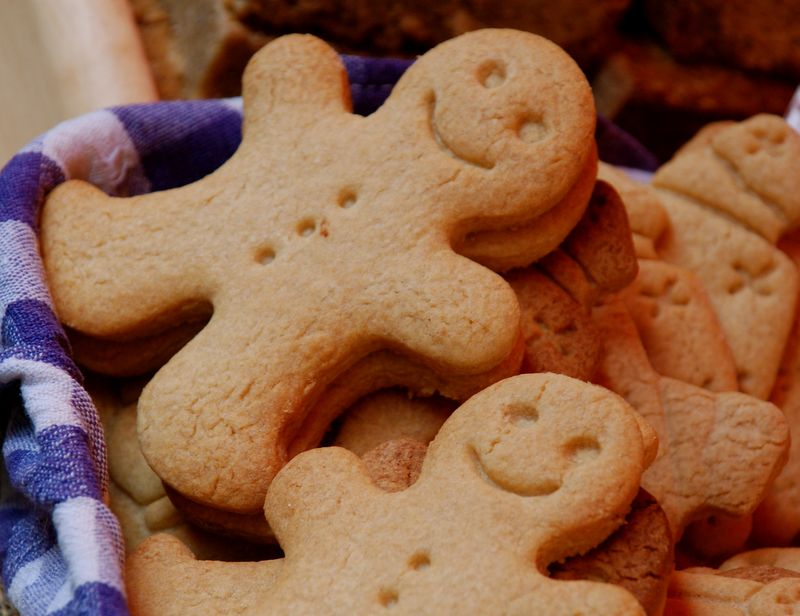 Up north in Scandinavia, Christmas is one of the most beloved holidays. In Sweden, Christmas presents are placed under a brightly decorated Christmas tree and are opened the evening of Dec. 24. Traditionally, after dinner, Santa Claus himself arrives to wish the family Merry Christmas, and he also helps to distribute the presents.

“At this point during the party, an uncle, grandfather or father usually goes missing for a few hours because he just has to ‘buy the newspaper’ at 6 p.m., which is highly suspicious and there might be a slight correlation between the missing relative and Santa arriving but, nonetheless, children love it. That element of shock and surprise when Santa arrives is one of my favorite parts of Swedish Christmas to this day,” said Swedish kindergarten teacher Diana Lundholm.

At dinner, the Swedes go all out with a classic smörgåsbord (buffet) filled with all the classic dishes ranging from the essential Christmas ham to pickled herring, homemade breads, pepparkakor (gingerbread cookies) and rice pudding. “I adore the preparations leading up to the day and all the wonderful colors and smells that it ignites. Smells of saffron, cinnamon and hyacinths fill the home and Christmas carols are quintessential to the experience.

“Along with the family time and togetherness, one of the traditions that I love the most about Swedish Christmas is our quirky ‘obsession’ with Disney. At three o’clock sharp, the whole country turns on the TV to watch a series of Disney film clips that have been shown since the 1960s, and no one seems to grow tired of them. Once you’ve finished watching Disney, only then can the festivities truly begin,” Lundholm said.

In Norway, there is a similar tradition of watching TV at Christmas but, surprisingly, the favorite film comes from the former Czechoslovakia. “We wake up and go straight to watching Tři oříšky pro Popelku, which is shown on national TV every Christmas at 11 a.m., and it’s a national crime to sleep through it,” said Norwegian international relations student Marianne Gronning. 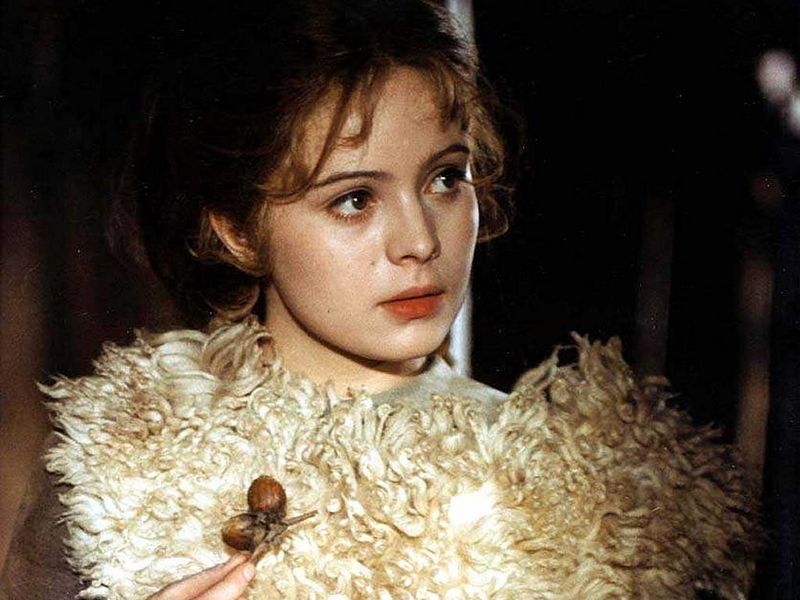 Tři Oříšky pro Popelku is a Czechoslovak Cinderella story from 1973 that has become a Christmas holiday classic in many countries. For dinner, the Norwegians love to eat porridge with one almond hidden in the pot. Whoever gets the almond in their bowl of porridge gets a big chunk of marzipan as a prize. Other Christmas food includes pork belly and traditional desserts like cloudberry cream.

In many European countries, another important holiday precedes Christmas in early December. St. Nicholas Day celebrated on Dec. 6 (or on the evening of Dec. 5) is loved mainly among the children, as, traditionally, St. Nicholas brings gifts and chocolate. The custom is strong in the Czech Republic, as well as in the Netherlands, France, Germany, Belgium and others.

In the Czech Republic, St. Nicholas, or Mikuláš, comes accompanied with an angel and devil and awards the children with gifts or coal, according to their behavior throughout the year. The holiday is starting to look much like Halloween, with many more devils than any other character every year.

Where to spend New Year’s Eve in Prague